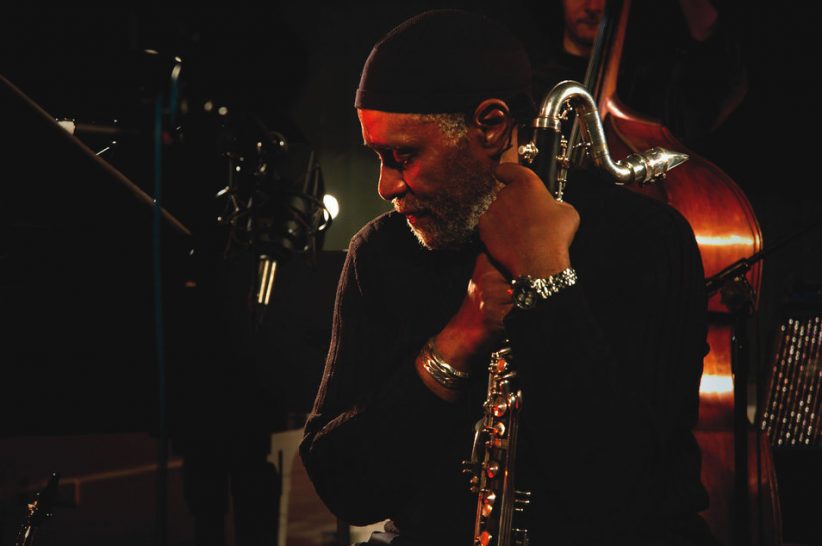 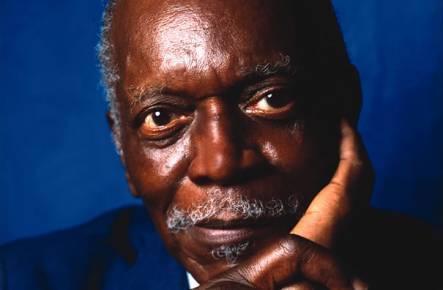 As it was mentioned before nearly every set throughout Labor Day weekend, this year marked the 30th anniversary of the Detroit International Jazz Festival, which has become the largest free jazz festival in the United States. The country’s economic crisis has taken its toll on festivals this year, as a JazzTimes feature indicated in the September issue. To combat the problem, audiences here were encouraged to “Invest in the Fest” by dropping donations in the boxes around the festival. Larger donations bestowed contributors with titles like “Guardians of Jazz” ($600 and up), “House Band” ($300) or “Session Players” ($30-50).

While the Motor City’s event had one less stage than in previous years, that still left five stages, all in relatively close proximity to one another, with three just a quick jaunt across Hart Plaza, the spacious park along the Detroit River with two amphitheaters built into the ground. That gave diehard fans the chance to scurry between stages as one act finished a set and another got ready at a different stage. When performers include Chick Corea, Wayne Shorter or the Heath Brothers, the steady movement from stage to stage makes sense. In addition, the Detroit Marriott at the GM Renaissance Center adjacent to Hart housed nightly jam sessions and a media location, so the four-day event had a conveniently located homebase.

The festival framed itself with the title “Keepin’ Up with the Joneses,” a nod to Pontiac, Mich., native sons Hank, Elvin and Thad Jones. Pianist Hank is the only surviving brother, and he was celebrated with a Jazz Guardian Award from the festival and proclamation from Detroit Mayor Dave Bing. Other Guardian awards were given to trumpeter Marcus Belgrave, saxophonist Ernie Rodgers and the festival founder/honorary chairman Robert McCabe.

Another theme that flowed through the festival could have been “Creativity Continues at 90,” since no less than three star performers have either started or are approaching their ninth decade. Jones may be 91 but he acts 30 years younger. On Friday night at the Chase Stage, after he accepted his award, the pianist put his talent on display during Wes Montgomery’s “Twisted Blues”-no simple, old-man blues, but a line that requires sharp skill. He continued to shine through takes of “Au Privave,” where he pounded the theme with clarity in the piano’s middle register, and more delicate moments like “A Child Is Born,” written by his brother Thad. Longtime partner George Mraz joined him on bass and Carl Allen-a ubiquitous player all weekend-sat in on drums.

Dave Brubeck is actually a little more than a year shy of 90, but rounding up won’t hurt. The pianist didn’t show any signs of the illness that forced him to cancel engagements earlier this year. His quartet began their Saturday afternoon set with a 15-minute medley of Ellington themes, and the leader’s piano sounded as sprightly as ever, with his left hand jumping around the keyboard during “C Jam Blues.” Brubeck’s sons Chris (trombone) and Danny (drums), fresh from their set across the plaza at the Absopure Waterfront Stage, brought their bandmates over to sit in for rollicking versions of “St. Louis Blues” (done like a tango), “Blue Rondo à la Turk” and the obligatory “Take Five.” By set’s end, the elder Brubeck stood and watched the band solo as often as he played, but he told the audience, “You’ve inspired me today.”

Bandleader Gerald Wilson, 91, was on hand to premiere “Detroit,” a six-part piece for big band that was commissioned for the festival and released this month on Mack Avenue Records, a festival sponsor. His voice may be a little softer and he may walk a little slower, but Wilson showed his determination by tossing his music stand to the side during the opening segment and getting so caught up in the music’s force that he began screaming during the final piece. The ensemble, which consisted largely of local players, captured the nuances of the composition. At various points, “Detroit” quoted Benny Golson’s “Along Came Betty” (an intentional reference in “Cass Tech,” according to Wilson), borrowed an altered blues change from Ellington (“Blues on Belle Isle”) and evoked Charles Mingus in the two-part fast/slow piece “Ms. Gretchen.”

This last piece paid tribute to Gretchen Valade, the fairy godmother of the festival. Valade, who is also a chair at Mack Avenue, ensured the future of the festival three years ago by starting a $10 million endowment for the event. Before she could be honored with the song, she and Detroit City Council President Kenneth Cockrel Jr. ran onstage and presented Wilson with a Spirit of Detroit Award. Although the timing seemed to have been scripted, Wilson seemed genuinely touched. “Ms. Gretchen saved my career and gave me a whole new one,” he said.

In addition to the old-and distinguished-guard, the under-70 crowd made a good showing as well. Among the highlights, Sean Jones’ quintet nearly blew down the Absopure stage with an impromptu version of “Resolution,” which tapped into the same power of the Trane original. Bennie Maupin’s Dolphyana balanced a combination of Eric Dolphy tunes and the leader’s pensive originals. While the mix sounded unbalanced until the last tune, the intriguing textures created by Maupin (bass clarinet, tenor), Nestor Torres (flute) and Jay Hoggard (vibes, marimba) managed to come through. T.S. Monk’s group recreated his father’s groundbreaking Town Hall concert, giving this writer goosebumps when they nailed the too-rarely heard “Off Minor.”

Perhaps the most anticipated performance came, however, with the Wayne Shorter Quartet’s Sunday night set. It marked the first time in three months that the group has played together, since pianist Danilo Perez suffered a rupture in his left Achilles tendon. For nearly 90 minutes they played without a formal break between songs. Shorter chose his melodies sparingly, letting Perez, bassist John Patitucci and drummer Brian Blade set the scene before he entered and alternately wove himself into the sound or sent it down another path. It’s worth noting that these four players seemed to pack more volume than Wilson’s entire big band, especially Blade, who had a look of joy plastered across his face for almost the entire set.