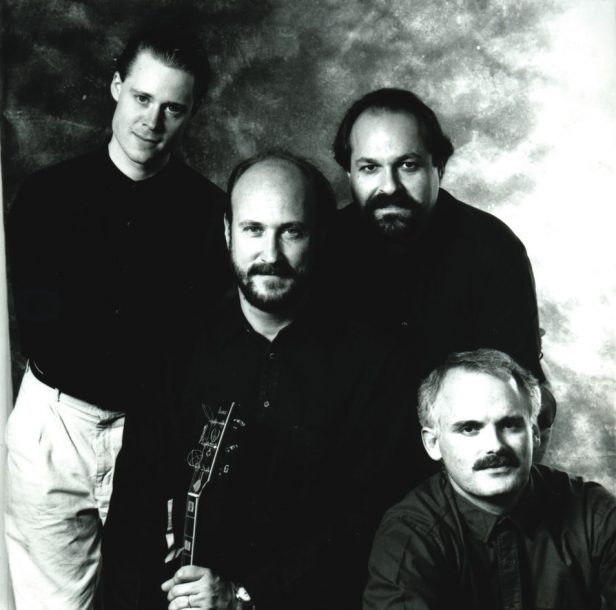 Dennis was a fountain of knowledge. He had so many different areas of expertise and sometimes it came out at the weirdest moments on the road. But because he wasn’t a showoff at all, you wouldn’t realize that he knew about these arcane, obscure things until the subject would come up somehow, and then he could launch into a discussion. You might be in Europe with him, in Hungary or somewhere, and he could tell you all about the country’s culture and history and everything. He was a real scholar that way. The guy was just so well versed in so many topics because he had this kind of amazing mind.

On the road, Dennis would carry with him a little library of tapes and CDs and he would always turn you on to something new. His knowledge of classical music was very extensive. Before he picked up jazz he had been a classical clarinet player and he taught all of us so much about classical music. He was a Mahler expert. He’d play Mahler for you every day if you wanted to hang out with him and listen. One of the other things that we all knew about Dennis was that he was an authority on [beatnik jazz monologist] Lord Buckley. I mean, he could do “The Nazz” and entire 10-minute Lord Buckley bits from memory. He was also an expert on Jerry Clower, the hillbilly comedian, and he did all these bits in complete accents.

I met Dennis when I first moved to New York. I moved down at the same time as my Berklee buddies-Joe Lovano, Steve Slagle, Billy Drewes, Jamey Haddad. We had all been in the same grade at Berklee, on the same scene. And we all went to New York around the same time. I met Dennis on a gig in ’75. It was kind of a fusion band and he was playing both electric and upright bass. We became friends on this gig and he told me he was also playing with Albert Dailey at Folk City that summer. Dennis had a place in the East Village where you could jam and I remember going over there with Lovano and Drewes and Slagle that summer. That’s how they met Dennis. Years later, when I had my own band with Joe and Dennis and Bill Stewart in the early ’90s, we got to really hang out a lot.

Dennis was one of the first guys on the New York scene to re-investigate gut strings on the upright bass, because everybody had changed over to steel strings. And Dennis said, “Yeah, but what about that sound on these old records?” I remember I was playing with Steve Swallow in 1977 at the Village Gate … we were playing with Gary Burton’s band and Art Blakey’s band was the other band on the bill. Dennis was part of that edition of the Jazz Messengers. And Dennis was asking Swallow, “Where do you get those strings?” because Swallow used to play gut strings back when he played acoustic. And then Dennis found them and he started to get that sound. And he became one of the greatest thumpers on the bass. Dennis became one of those people who can really walk the bass and propel the band in the great, swinging tradition of Paul Chambers and Percy Heath and Wilbur Ware and Doug Watkins. He was a master at that. Some people can’t hear that deep in the music, but the people that played with him certainly know how Dennis propelled the band.

Another thing about Dennis is that he exuded that great soulful, Southern thing, both in his playing and in his person. I always related to him because my mother was from the Deep South, so I kind of came up around some of that, even though I grew up in the North. Dennis was born in Alabama and he grew up in Georgia and then he moved to Texas, and that was so much of his background, that very laidback Southern approach.

The other thing that we all loved about Dennis was his incredible up-for-it-ness on the bandstand. He had a team player type attitude that’s not too different from sports. It’s like, “Here we are every day, tired, traveling around, trying to get it together.” And he always provided a spark. It was like, “Go team go!” with Dennis. His attitude was always, “We got another set, we’re tired, what the hell … let’s go! Let’s make it!”