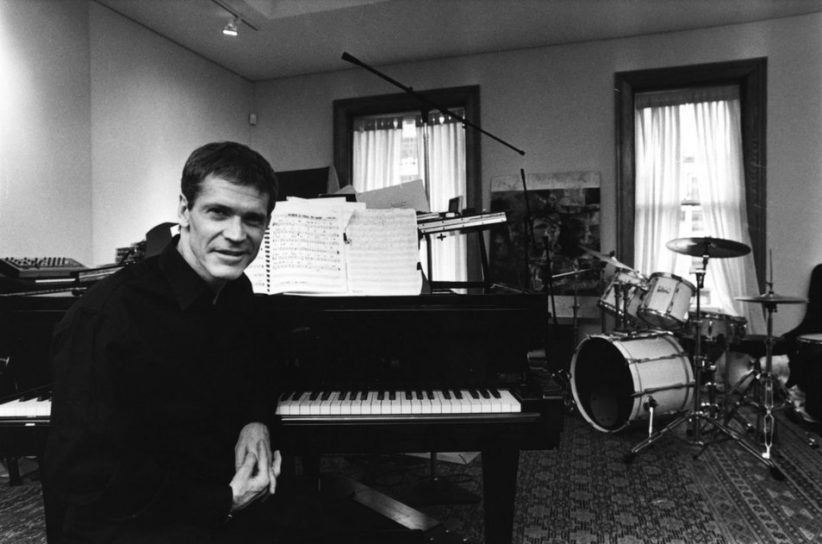 Many years ago, David Sanborn started looking for a place to live where he could play his music day or night, rehearse with his band, perhaps even cut a CD in his own studio without worrying about the neighbors. David loves Manhattan so he limited his search to the city. But it took forever to find what he wanted. He looked at lofts and houses and odd places, but everything was too expensive. And then, miraculously, he found a five-story, rundown-but-classic brownstone on Manhattan’s Upper West Side. “I bought during a downturn in the market and the place was cheaper than the lofts I had looked at. I could afford to buy and knew I could afford to fix it up. Nine years later the building renovation is complete and whatever pain and frustration went into rebuilding it was well worth the trouble.

There are nine rooms in the house, including David’s pride and joy: the top-floor sound studio. “I took out all the walls to create a loftlike atmosphere, and I built a skylight to give me the feeling and the luxury of space. The walls are lined with leaded sheetrock and the room is absolutely soundproof.” The studio is professionally equipped and a platform under the skylight is David’s favorite place to play. Painted white, it is a beautiful and peaceful room; it’s a musician’s dream and a place made for artistic creation. “I try not to go into [an outside] studio now,” says David. “I know what this room sounds like and I can experiment and develop ideas here at all hours without having to pay for it. Studios are so expensive now that you have to be totally ready before you go in, and you have to work.” David cut his last CD, 1999’s Inside, here and went into a rental studio only to add sequenced drums.

But as much as David loves his house, he is rarely home. He is on the road at least eight months of the year-though he actually enjoys long airplane rides. “I try and fly comfortably-first class whenever I can-and I use frequent flyer miles to upgrade my tickets. And I get a lot of reading done on these long trips.”

David is a voracious reader, as his library confirms: Euripides, Dickens, Thoreau and a lot of history, including politics. “Our presidents seemed always great; they were truly our leaders. They were curious, willing to learn. They embraced humanity. But after the assassination of the two Kennedys, Martin Luther King and Malcolm X, I lost heart. The biggest problem in our country is race; the death of Bobby-whom, emotionally, I was very close to-and Malcolm X put a terrible barrier into our reaching out.”

David grew up in the St. Louis suburbs. He was a busboy, drove an ice-cream truck, painted radiators. He actually picked up the saxophone on his doctor’s advice to build up his lungs. He entered Northwestern University as a music major, though he still has no idea how he got in since he couldn’t read music. And he still has difficulty reading music. “I worked hard to read…but I prefer to tinker, to play.”

What kind of stereo system do you have?

What are your favorite movies?

The Celebration; Breaking the Waves

The Guns of August by Barbara W. Tuchman

Where do you still want to travel to?

I used to be a snappy dresser, but now I prefer comfortable clothes. Prada stretch pants and Helmut Lang shirts and jackets. I am a small guy and it’s difficult to find the right clothes.