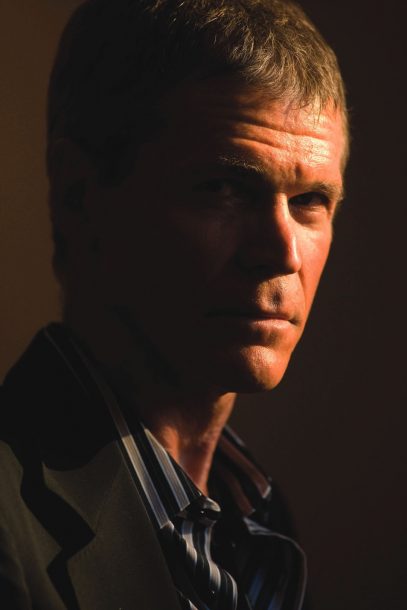 David Sanborn has had a career most horn players would kill for. Catapulted from sideman to superstar in the mid-1970s, Sanborn has always made crowd-pleasing music while managing to escape the scorn heaped on fellow smooth saxophonists by the jazz cognoscenti. But even superstars can’t escape the fickle ways of the record business, and Sanborn has watched each recent release sell successively fewer copies. Rather than call up the consultants and pollsters to determine the radio-worthiness of his next career move, Sanborn has turned instead to the music that inspired him to begin with: the gutsy, bluesy soul-jazz sounds pioneered by saxophonists Hank Crawford, Gene Ammons and Illinois Jacquet.

The story has been told enough times to become a part of the jazz lore. David Sanborn was diagnosed with polio as a child and took up the saxophone on the advice of his doctor, who suggested it might strengthen his lungs. Shortly after that, Sanborn’s dad took him to a basketball game where Hank Crawford was the halftime entertainment, and David was instantly smitten. While still in his teens, he put in time playing with Albert King and Little Milton, listening and learning as he went. It wasn’t long before he had distilled his influences down to his own signature sound.

There’s always been a touch of Hank Crawford in everything Sanborn does, especially on recent projects timeagain and Closer, but with Here and Gone we get a full-fledged love letter to Hank and his fellow Ray Charles bandmate David “Fathead” Newman. The rhythm section, consisting of bassist Christian McBride, guitarist Russell Malone, organist Ricky Peterson and legendary session drummer Steve Gadd, lays a solid foundation, while a stellar horn section featuring journeymen Lou Marini and Lew Soloff evokes classic Ray Charles sides. Unfortunately, despite the caliber of the sidemen, Sanborn only occasionally shares the solo spotlight, treating us to two choruses from guitarist Anthony Wilson on “Stoney Lonesome” and trading licks with trumpeter Wallace Roney on “St. Louis Blues.”

Sanborn hasn’t sounded better, but his choice of guest stars is uneven at best. Allman Brothers guitarist Derek Trucks sounds woefully out of place on Marcus Miller’s “Brother Ray,” and Joss Stone squeezes out another painful imitation on the Ray Charles classic “I Believe to My Soul.” On the other hand, Eric Clapton is surprisingly understated and in the pocket on “I’m Gonna Move to the Outskirts of Town”-it’s one of the most enjoyable tracks on the record. Soul man Sam Moore wraps up the record with a rousing “I’ve Got News for You.”

Arranger Gil Goldstein deserves a lot of credit for the limber, swinging feel of this record. The tight arrangements sound like they’ve been lifted from a mid-’60s Hank Crawford Atlantic session. Producer Phil Ramone, too, deserves a solid pat on the back. Never one to shy away from an opportunity to polish a session to a high sheen, in Here and Gone he has delivered an easy, earthy, laidback soulful record that avoids the gloss that has often marred previous Sanborn projects. It’s never been Sanborn’s playing that ruins the records for jazz fans; it’s almost always the context it’s presented in. And here, finally, is a context that’s palatable for nearly any aficionado. There’s a joyful bounce to David Sanborn’s playing on Here and Gone that stands up to repeated listening. You get the feeling that he had a ball recording it. A couple of bad guest choices notwithstanding, this record could end up making quite a few best-of lists at year’s end.