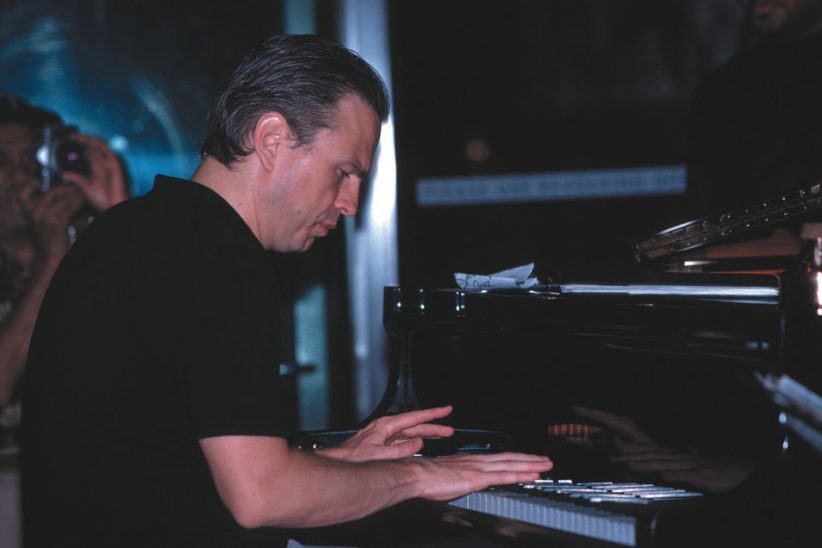 Chet Baker convinced a 21-year-old David Hazeltine to pack his bags and move from Milwaukee to New York City. Two years later, Mrs. Hazeltine convinced the pianist to move right back to Milwaukee. “I was married and my wife at the time didn’t-wouldn’t deal with New York,” says a deadpan Hazeltine. “So I did the right thing and got out of town-or the wrong thing, depending on how you look at it.”

Not surprisingly, when Mrs. Hazeltine became the former Mrs. Hazeltine, Mr. Hazeltine beelined it back to New York, where he has lived and played since the early ’90s. A regional presence no more, Hazeltine has since formed several meaningful musical relationships, including especially fruitful ones with tenorman Eric Alexander and elder statesman-drummer Louis Hayes, and slipped gracefully into the international scene. As three recent albums, The Blues Quarters: Volume One (Criss Cross) and The Classic Trio: Volume Two (Sharp 9) under Hazeltine’s leadership, and The Long Haul (Criss Cross), a collaborative effort from the band One for All, certainly attest, Hazeltine belongs.

A player and writer with great respect for the melody, Hazeltine can be surprisingly inventive with the harmonic and rhythmic possibilities in a tune. Unobtrusive yet frequently exciting, Hazeltine always sounds as if he’s completely digging what he’s playing, and his approach makes well-known tunes sound fresh without twisting them into knots. “One of my favorite things to do is take tunes that people are familiar with and rearrange the harmony so that it’s surprising, so that it’s striking, ” says Hazeltine. It’s a flexible aesthetic and one that works well for Hazeltine on all three of his newest discs.

The Classic Trio: Volume Two once again catches Hazeltine in the company of Hayes and bassist Peter Washington. “The nice thing about trio playing is that it’s so intimate; you get to have a real dynamic relationship with the other players,” says Hazeltine. “It seems even more intense because three guys are always playing. Everyone is always communicating. It brings the most out of me that is possible. As with Louis Hayes, he’s one example of somebody I grew up listening to and to have him as part of that musical configuration is not only an honor, but it feels so good. I base a lot of time-feeling on his history and my growing up listening to him. And as for Peter Washington, he’s one of the best bass players in New York.”

On The Blues Quarters: Volume One Hazeltine adds frequent collaborator and tenorman Eric Alexander to the piano trio format. “When you play quartet and just the tenor player is playing the melody, there’s a little more harmonic freedom underneath that. You don’t have to stick with exact voicings or duplications of the arrangement, and so there’s a little more free space under the melody, I guess you could say. That’s what I enjoy about that setting. And Eric is just a virtuoso on the saxophone. He plays with such exactness that, for me, it’s easy almost to anticipate what he’s about to do next. We fit together very well.”

Hazeltine and Alexander join forces once again in One for All, a ruddy sextet of like-minded hard boppers refreshingly free from ideological baggage. The Long Haul is a follow-up to 1999’s Upward and Onward, and if the title suggests a fair measure of commitment, it wasn’t an idle threat-at least as far as the pianist is concerned. “I’m involved in a lot of different musical situations and projects, and Eric is making a big name for himself, but I think we all feel-myself and Eric included-that One for All is about to emerge as a big voice,” explains Hazeltine. “There are six guys that have the same musical values and enjoy each other’s playing and company so much. We have the same influences. We’re in the same headspace musically. It makes it really intense, both on and off the bandstand and that allows us to take it one step further.”