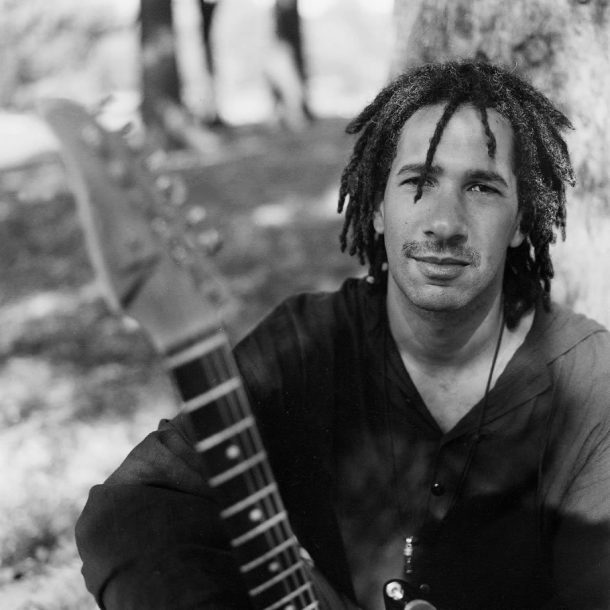 Jazz-guitar radical David Gilmore recently released Ritualism, (Kashka) his first recording as a leader. It’s fuckin’ brilliant. And it only took him 22 years to get it out.

Born in 1964, Gilmore dabbled in piano, drums and percussion, then, at 15, youngblood got hooked on the electric guitar. “It was just sort of an accident,” Gilmore says. “There was this guitar that my sister used to play and this high-school friend of mine who played bass started to show me some chords and stuff like that. Him, my brother Marc and I formed a band. Six months later we won the high-school talent show.”

In ’84, Gilmore moved to New York City, and he studied under Joe Lovano and pianist Jim McNeely at NYU. He did his postgrad studies with the M-Base collective, and since ’89, DG has been the string-slanger-of-first-call to a very hip elite (Sam Rivers, Wayne Shorter, Trilok Gurtu and Don Byron), where he is valued as much for his adaptability and artistic selflessness as for his unique sound (think burnished metal/elliptical phrases, Ted Dunbar-subliminal rhythmic undertow). “I love rhythm and I love being able to get inside of the rhythm section and fitting right in there with the bass and the drums and everything else.”

Ironically, Gilmore’s chameleonic style also dragged his musical spirit. Gilmore’s time in Wayne Shorter’s High Life-era ensemble was his proverbial fork in the road. “A couple of times onstage he said to me, ‘You ever tried to play like you never played before?’ And he would break into this solo and it would be as if he discovered the instrument for the first time. He wasn’t afraid to [make a mistake] in order to get to another place.”

Ritualism is about the mystic ritual of jazz improvisation-being caught up in the electro-cosmic spirit, throwing M-Based reggae-rock-funk-hip-hop shapes till the mojo smells like fresh stank.

“I listen to a lot of horn players for inspiration,” explains G. “I wasn’t looking to have a guitar record, or really even feature me; I wanted to feature…the band I’ve been working with over the past couple of years ’cause we’ve developed a sound. And I wanted something to reflect more my writing skills and compositions. I love playing with other people [as a sideman], and it’s still a necessity economically until I can get my band out there and see what happens with that. I just want to make up for lost time.”