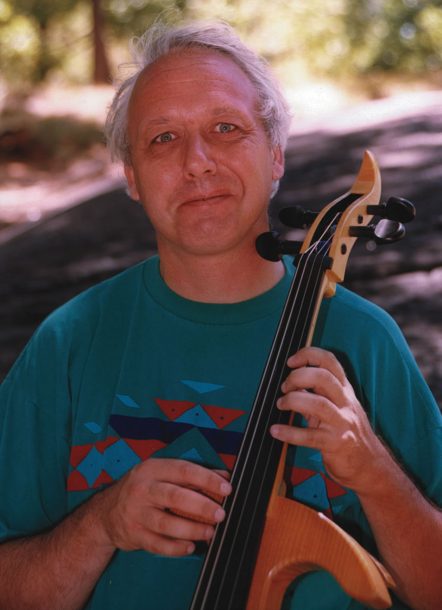 Jazz cellists have a tough time getting heard. They often get lost in the mix on a crowded bandstand, and their performance schedules are frequently hampered by a delicate, costly instrument that doesn’t travel well. Ten years ago, David Eyges, who emerged in the late ’70s leading a string of cutting edge recordings with such loft music luminaries as Ronnie Boykins, Byard Lancaster and Sunny Murray, solved the problem simply and boldly-he went electric, buying the first electric cello made by the Vermont-based T.F. Barrett Company.

Eyges’ recent activities confirm that it was a solid move, artistically. In addition to a well-received solo set at the recent Environ 20th anniversary celebration at the Knitting Factory, three discs featuring the Manhattan School of Music-trained classical music defector gained critical acclaim last year: Modern Chant (Music Masters), with pianist Paul Bley and drummer Bruce Ditmas; Synergy (In + Out), with altoist Arthur Blythe and Ditmas; and Night Leaves (Brownstone), a duet program with pianist Jaki Byard. What is particularly impressive about the recordings, collectively, is the varied colors Eyges elicits from the no-body instrument.

“It gives me the flexibility to get a hard-edged sound, which is what I went for on Synergy, or a mellow sound that’s perfect for a lovely tune like Jaki’s ‘Waltz for Louise,'” Eyges recently remarked. “It also fulfilled two crucial needs for me: volume, because playing an acoustic instrument with a fierce drummer just doesn’t make it; and transportability, since I can safely put it in the baggage compartments of planes and trains.”

It also fits neatly in the back of Eyges’ car, which he recently drove to CIMP’s Spirit Room studio in Redwood, New York to record a duo album with Blythe. The just released Today’s Blues has the refreshing unforced intensity of country blues; again, Eyges’ subtlety with the electric instrument is noteworthy.

“I feel Arthur and I are reaching a level where we’re creating something akin to folk music,” Eyges reflected. “It’s about conveying a depth of feeling. Working with Jaki is the same; it’s about getting to the heart of the music.”