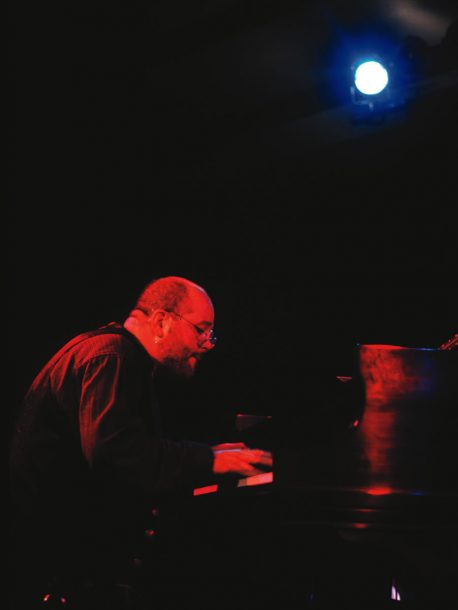 Since 1985, pianist David Berkman has demonstrated a graceful touch and a sense of harmonic ingenuity in the service of such bandleaders as bassist Cecil McBee, trumpeter Tom Harrell and in the Vanguard Orchestra as well as on a 1989 tour with the Woody Herman Orchestra. Berkman’s own debut as a leader, Handmade (Palmetto), far surpasses the promise he has shown as a sideman.

A strikingly original project featuring Harrell, saxophonist Steve Wilson, bassist Ugonna Okegwo and drummer Brian Blade, the strength of Handmade lies in the exploratory nature of Berkman’s compositions, which elicits some scintillating solo contributions from all the players. “The tunes I write are not incredibly complicated fusiony-oriented ensemble passages or anything like that,” says the composer. “I hate ever telling anybody what to do at all. I just try to let the form of the tunes provide a direction for everybody to interact.”

Drummer Blade responds well to that open-ended attitude, helping to shape the music with his highly interactive touch. Harrell is in especially fine form on Handmade , taking up the challenge of Berkman’s harmonically intriguing vehicles. In his own probing solos, Berkman is coming more from the introspective Keith Jarrett-Kenny Werner school than a bebop orientation. “Those guys are about erasing their ego and just being a conduit that music flows through,” says David, who actually managed to break through some creative blockage while studying privately with Werner. “Working with Kenny was a great experience in terms of opening up and learning to take the editor out of control, and let whatever happens happens. Kenny’s a total paragon of that kind of thing.”

While Berkman may be channeling Oscar Peterson on uptempo swingers like “Maybe It’ll Blow Over” and “Take The Coltrane” from the new album, his playing on the highly impressionistic “Pennies,” in which he weaves copper pennies between the strings for a percussive kalimba effect, would possibly bewilder the Peterson crowd.

Straight ahead playing can be inspiring to me,” says Berkman, “but it’s not all that I aspire to.”