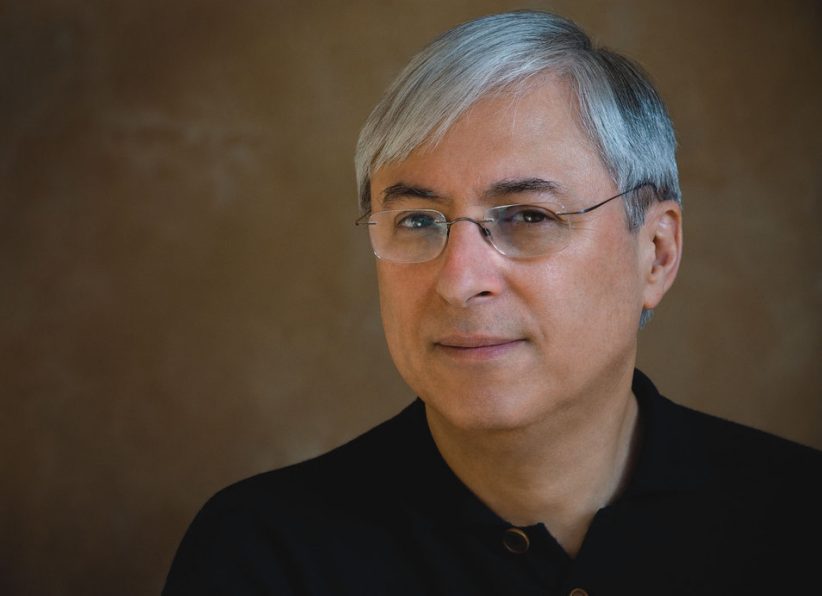 He wrote countless songs between 1928 and 1981, often with indelible melodies, mostly for films, including the Busby Berkeley spectacular 42nd Street, and had more pop hits than any of his peers-Berlin, the Gershwins, Porter, Carmichael, et al. But as far as the vast majority of listeners are concerned, Harry Warren has always been The Man Who Wasn’t There. Invisible. Anonymous. Unheralded.

“I’ve played his music my whole life and never really put together how many of the tunes were his,” says composer, arranger, conductor and bandleader David Berger, speaking from his home in Manhattan. Recently Berger has spent a lot of time connecting the dots, however.

Inspired in part by Wilfrid Sheed’s latest book, The House That George Built (Random House), which is dedicated to the memory of Warren and includes a fascinating portrait of the composer’s remarkably prolific and puzzling career, Berger has just fashioned a new octet recording, I Had the Craziest Dream: The Music of Harry Warren (Such Sweet Thunder).

The idea wasn’t entirely his. Not long ago Berger received a phone call from an old high school jazz chum, Washington, D.C.-based lawyer Bob Schwartz, who wanted to bankroll a recording with two reedmen he’s always admired, Harry Allen and Joe Temperley, one of Berger’s closest friends. A 12-year-old flutist when he first met Berger, Schwartz was familiar with Sheed’s book, and one thing quickly led to another.

Featured on the album are Berger’s engaging, swinging and often bop-tinted arrangements of “Jeepers Creepers,” “You’ll Never Know,” “Boulevard of Broken Dreams,” “I Only Have Eyes for You” “Serenade in Blue” and other Warren-penned tunes.

Of course, as Berger is quick to point out, one CD can scarcely do justice to the late composer’s prodigious gifts and output. “Lullaby of Broadway,” “There Will Never Be Another You,” “Chattanooga Choo Choo,” “The More I See You,” “At Last”-there’s no end to the hit parade.

“You have a great idea of Cole Porter, Irving Berlin, George Gershwin-this huge body of standard tunes. But this guy, it was like, Gee, I never really thought about him,” says Berger, best known his long association with the Jazz at Lincoln Center Orchestra and for helming the acclaimed 15-piece ensemble the Sultans of Swing.

“When I had a look at it, he’s got more hits than anybody. Why don’t we know who he is? It’s a very interesting thing. Part of it was his personality. He was a very down-to-earth, unassuming guy. All his composer-lyricist buddies used to rip him about it-‘Irving [Berlin] is famous and nobody knows who you are.'”

Not that Warren hasn’t had his advocates. Composer and critic Alec Wilder marveled at Warren’s ability to turn out melody after melody that could sing itself, and pianist-pop scholar Michael Feinstein, a close friend of Warren’s, has done a lot to pique interest in the Brooklyn native, born Salvatore Guaragna in 1893. (Feinstein and Sheed, not coincidentally, contribute liner notes to I Had the Craziest Dream.)

By all accounts, though, Warren wasn’t much concerned with recognition. In fact, after researching Warren’s songbook and visiting with the composer’s family on the West Coast, Berger has more than a few telling anecdotes to share. One concerns lyricist Al Dubin, a frequent Warren collaborator, who hired a publicist in the late ’30s.

“After a little while the publicist placed three stories,” says Berger. “And the first one comes out in the paper, and Harry Warren gets up in the morning, he’s eating breakfast, reading the newspaper, sees the first story, gets furious and immediately fires the publicist. He was embarrassed to be in the newspapers.”

Then again, sometimes anonymity isn’t all it’s chalked up to be. “The story is,” says Berger, “he went to the Academy Awards to get his first award, he rented a tuxedo and they wouldn’t let him in.” The response was blunt: “‘We don’t know who you are.'”

If Berger is puzzled by Warren’s signature low profile, cultivated or not, he doesn’t miss a beat when asked to explain the nature of the composer’s genius or the breadth of his work.

“He might be the greatest of all the songwriters for the very same reason that we don’t know who he is. His music is an amalgam of everybody’s music. When you hear a Gershwin tune or hear a Harold Arlen tune or Cole Porter, they are very identifiable. They have their quirks to them. But Harry Warren’s music is the American song of that period-all of it. It’s not personal, it’s just what’s in the air. And the quality is amazingly high.”

Many contemporary composers and arrangers can relate to the anonymity issue, says Berger. “Everybody knows the Joe Lovanos and Wynton Marsalises, but nobody really checks out who writes the music. That was one thing I always loved about Frank Sinatra. He always said, ‘Oh, this was arranged by Nelson Riddle,’ or whomever. … I worked with Sinatra and he was so thankful to musicians, and especially arrangers, because he knew that’s what made him sound good.”

Berger also has no problem relating to Warren’s deep appreciation for melody, a trait evident throughout his long career. “I really got a feel for what his style was. … His hero was Puccini, and you can hear that in a lot of the melodies. He just had a great ear for melody, just spun them out, one tune after another. They’re kind of simple but they always go to the right place. They’re never dull. They have just enough interest to be somewhat surprising but you knew they had to go there.”

As planned from the outset, the Berger Octet recording provides a generous showcase for reedmen Temperley and Allen. But more important, it’s stamped by their distinctive personalities.

“Joe-we’ve been best buddies since the early ’70s and for most of that time we’ve worked together,” Berger says. “I know his playing intimately, better than anybody. And Harry, in recent years, I’ve become his biggest fan. I had the sound of their playing in my ear and I wanted to craft some arrangements that would be their way of doing it. They’re kind of like swing players with a hint of bebop, and very melodic players-gentle and romantic. There’s lot of romance. Whatever my picture of them is, the sound of the album is really those two guys.”

Still, the octet, which feature musicians drawn from the Sultans of Swing, takes full advantage of its size and resources.

“When I’m writing I’m thinking about the players and their personalities and I want to get as much of that as possible,” says Berger. “I learned that from watching Duke Ellington in rehearsals. His attitude was, I write the stuff but it’s your music. I want to hear what you guys do with it. Duke would be like a referee and that’s what I like to do. I’m the final arbiter but I don’t want to be a dictator. If everybody is having a good time, that gets across to the listeners.”

Though Berger has transcribed over 500 Ellington-Billy Strayhorn arrangements and written extensively for big bands, he’s been leading an octet, on and off, for the better part of a decade now, inspired by its unique challenges and rewards.

“You can do a lot that you can do with a big band. Of course, you don’t have the power and diversity, as many notes in all the chords, but it’s pretty good. You can get a little bit of each color and there’s just enough people that there’s a richness of harmony. There’s more room for everybody to have a little expression. When you listen to this record, you know every single player on it. Their sounds are very prominent, everyone gets a chance to solo, much more than they would on a big-band record.”

Turns out, thanks to a bit of serendipity, a Sultans of Swing album devoted to Warren’s trove of unheard songs is in the offing. While trying to secure publishing rights to a photograph of the composer, Schwartz and Berger were invited by his family to sort through Warren’s vast collection of trunk songs. They couldn’t believe their good luck.

Among the finds were several songs composed by Warren and Ira Gershwin for the 1949 film musical The Barkleys of Broadway, originally written for Judy Garland.

“She got sick and couldn’t do the movie,” says Berger. “They got Ginger Rogers and she couldn’t sing these songs. So there are these great songs, I mean masterpieces. They would have been standards, as good as any songs I know, and nobody knows them.

“It’s kind of funny,” says Berger, as the conversation winds down. “[Harry Warren’s] claim to fame is not being famous. We might ruin that.”

David Berger Octet I Had the Craziest Dream: The Music of Harry Warren (Such Sweet Thunder, 2008)

David Berger and the Sultans of Swing Hindustan (Such Sweet Thunder, 2006)