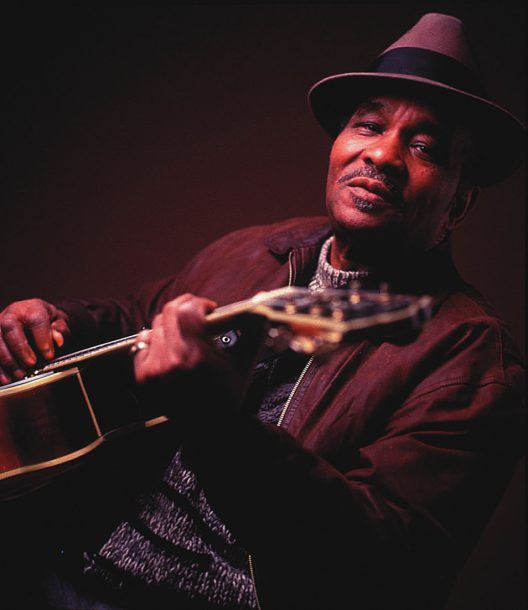 Chicago bluesman Dave Myers created quite a stir around the Windy City back in 1946. Together with his younger brother Louis, they developed an unprecedented two-guitar attack that ignited the post-War blues scene. Muddy Waters may have been the local kingpin, having come up with a blueprint for the modern blues band by electrifying the Delta blues, but the Myers brothers incorporated an infectious swing feel that put an urbane twist on that old fashioned theme. They first plied their signature sound at house parties with bandleader Big Arthur “Blues Boy” Spires. As the 72-year-old Chicago blues innovator recalls, “He was playing the old Mississippi blues…very slow. But the people wanted to jitterbug so he decided to take a chance on letting me and Louis warm ’em up. Man, we got those guitars going and we opened up on ’em with that fast stuff, you know, that swing stuff. And sure enough, they jitterbugged their brains out.”

The Myers brothers applied that same dynamic chemistry to their first band, The Aces, which revolutionized the Chicago blues scene with Little Walter and later Junior Wells up front. Their fresh new sound soon attracted a wave of imitators. “When all these guys started to invade Chicago, coming up from the South, they come here looking for the Myers brothers,” says Dave, “because we could play all that swing stuff and they thought we was spectacular at that time.”

Dave would switch to Fender Precision electric bass in 1958 and pioneer that brand new instrument in subsequent years. He continued to play electric bass exclusively up until four years ago, when his brother Louis and former Aces drummer Fred Below both passed away. He has since returned to his original six-string instrument. His unique guitar style, an intuitive blending of swinging chords and thumping basslines, is documented on his first-ever album as a leader, You Can’t Do That (Black Top).

For the session, he is supported by second guitarist Rusty Zinn, modern-day harmonica ace Kim Wilson and other Bay Area blues-hounds. In live performance, Dave prefers to play solo. “I’m all by myself now, just me and my guitar,” he says. “It’s my own style. It’s something I know I created and nobody can ever take that away from me.”