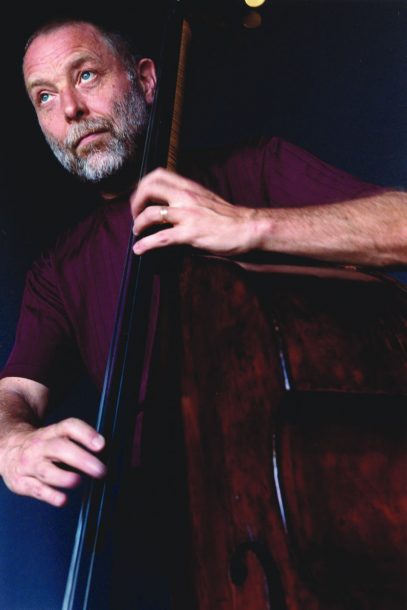 Individually and collectively, the members of Dave Holland’s current quintet have received as much critical adulation as any band in jazz. They live at or near the top of the major jazz polls; they win Grammies; their records get ecstatic reviews. Only recently, and faintly, have a few questioning voices begun to be raised. The occasional record or concert review mentions that perhaps the group has become a little too comfortable in its proven format-not contesting that the format depends on virtuosity-and a little predictable in its unpredictability.

In this era, when the working band has become an endangered species, the quintet’s stability of personnel is important in itself. Saxophonist Chris Potter, trombonist Robin Eubanks and vibraharpist Steve Nelson have been with Holland for years. The new guy, drummer Nate Smith, has been in place since 2003. When the band played the 352-seat auditorium of the Neurosciences Institute in San Diego at the end of March, they revealed that the dissenting critics might have a point. Holland’s renowned ensemble probably needs to take some fresh risks. But this kind of nuanced, qualified criticism is more likely to arise in the solitude and analytical concentration of album listening. In person, in the living presence of musicians this gifted and this committed to the group enterprise, it is very hard not to have fun.

“Ebb and Flow” opened the evening, a tight ensemble anthem that quickly came apart into contrapuntal cacophony and then spun off the first solo of the night: Potter on tenor. He is a player who rarely seems to take an undistinguished solo. His chops always show up, and so does his inspiration. He plays lines of incisive clarity with escalating intricacy.

Holland soloed, too. On the spectrum of demonstrativeness for bass players, he is on the conservative extreme. (On the opposite end is François Moutin, given to maniacal seizures.) Holland just stands there in the middle of his band, motionless, beaming like a proud English headmaster, fingers gliding methodically over his strings, throwing out more music than any two bassists you know.

Of all the instrumental combinations into which this quintet configures itself, the signature sound is Potter and Eubanks in what might loosely be called “unison.” Most pieces begin with them (like the second number, a long, swerving, untitled new line by Chris Potter, and the third, “Secret Garden,” from the new album Critical Mass), but at any point in any tune’s evolving structure they might find themselves in duet, with or without accompaniment. They have played together so long that they can be wildly spontaneous and yet coherent, colliding in convoluted counterpoint, Eubanks firing expletives, Potter erupting in response, shadowing one another, blowing everything up into temporary chaos on purpose, then sliding back together into one blended voice on some invisible cue. Often, when the rest of the band joins in (like on “Secret Garden”), things harden into hammering riffs. When Eubanks solos it is usually a vast, discursive, complete essay over the full range of his horn, full of historical and contemporary allusions.

Steve Nelson stands to the side, remote, between his vibes and marimba, and is the only member of the band who ever seems to consult the sheet music. He teases and twists notes from his instruments with body English. He solos less frequently, but his floating background designs and counterintuitive chordal suggestions are essential to the group sound. His very presence (as opposed to that of a pianist or guitarist) creates open space.

Nate Smith’s predecessor, Billy Kilson, was a highly volatile drummer who brought explosive physical power and even a whiff of danger to the Quintet’s sophisticated proceedings. Nate Smith’s touch is lighter. This band benefited from a drummer like Kilson.

Overall, the night had everything for which Holland’s quintet is loved and sometimes criticized: complex dynamic interplay, effortless grace within the most elastic concepts of metrical movement, epic individual statements, unfailingly tidy resolutions. And the band had almost certainly never played in a higher-class setting. The Neurosciences Institute is an independent scientific research organization that studies the biological bases of brain function. The three buildings on the three-acre campus have won numerous architectural awards. The auditorium, designed by noted acoustician Cyril Harris, “is generally considered to be one of the most acoustically ideal small performance halls in the nation.” All the people in the older, well-dressed, politely appreciative crowd were probably not neuroscientific researchers and brain surgeons. They just looked like it.

Ever been to a rough, edgy jazz club on the Lower East Side of Manhattan, and stood shoulder-to-shoulder all night on a grimy cement floor and had booze spilled on you in a place like, say, Tonic? This wasn’t like that.