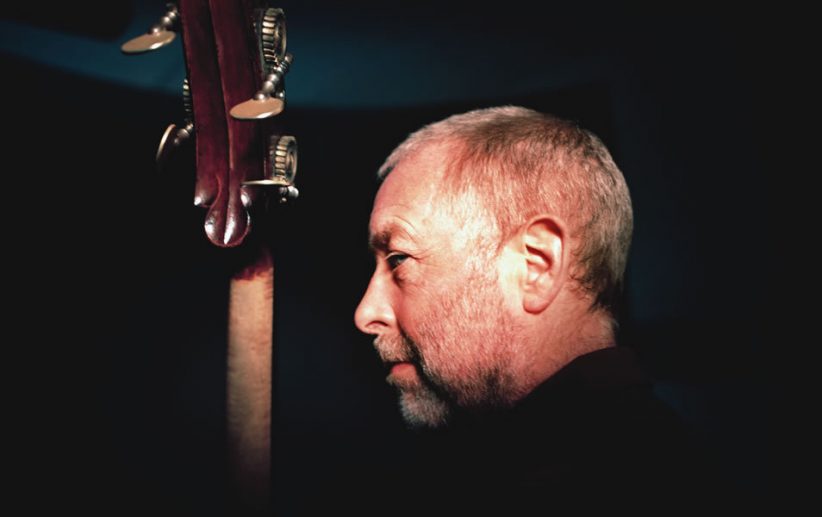 My wife and I once took a somewhat improbable entourage to Jazz Alley in Seattle to see the Dave Holland Quintet: my wife’s best friend, and the friend’s husband and septuagenarian parents. It was risky business, because our guests, while cultured, were not jazz people.

Those of us who need jazz in order to survive, like zealots everywhere, are often guilty of proselytizing in the wrong quarters. I have dragged many innocent friends and acquaintances to jazz concerts, subjected them to 20-minute air-splintering saxophone solos (cool!), and watched them leave baffled or resentful or both.

But the night at Jazz Alley was a resounding success. It was impossible to not be won over by the Holland band’s individual virtuosity, surpassing unity of purpose, and hip joie de vivre. Proof of the group’s consummate communicative power came on a piece so contrapuntally clever (Robin Eubanks blustering and insinuating a little trombone figure, over and over, into perfectly synchronized narrow openings), so counter-intuitively yet infectiously syncopated (Holland grinning as his snaking bass and Billy Kilson’s wicked drums made the whole room involuntarily twitch) that, at exactly the right moment, everyone at our table laughed out loud.

Since he has led his Quintet for 20 years, and since it has won every poll and prize that the music industry offers to jazz bands, Holland needed a new challenge. He premiered his large ensemble at the 2000 Monterey Jazz Festival. The first big band album came in 2002, What Goes Around. Like almost all of Holland’s discography as a leader, it was released on the ECM label. It won most of the important jazz record of the year awards, including a Grammy for best large jazz ensemble album. And the big band achieved something even more difficult and rare: in defiance of jazz economics, it actually toured. It went to Europe twice and played dates in the U.S., including Carnegie Hall and the Hollywood Bowl.

While there is almost complete continuity of personnel from What Goes Around, the second big band album represents a major departure for Holland: It launches his own label, Dare2. For Overtime, Holland retained the services of his long-time engineer of choice, James Farber, thus assuring that one of the most important production values of his ECM recordings-sonic quality-would be carried through to his new label. Large jazz ensembles are notoriously challenging to record. For Overtime, Farber has achieved a reference quality recording of a big band. He gets detailed discrimination among instruments. The soloists are vivid and close, yet in correct perspective in relation to the ensemble.

One of the primary fascinations of Holland’s big band is to discover how he translates the well-established creative processes of his quintet to 13 players. His small group, with its absence of a chording instrument, is harmonically wide open, nimble and quick, spontaneous yet precise. Interaction is everything, and the five know each other so well that the distinction between intricate riffs worked out in advance and impulsive collective improvisation is not always apparent to the listener. Solos (from these world-class soloists) most often flow directly out of and back into group activities and over-arching forms.

To a surprising degree, Holland’s arrangements retain for his big band the meticulous clarity and the lightning reflexes of his small group. Holland took up writing for big band late in his career, but his charts sound like the work of a lifelong arranger. They have that sense of structural integrity. He finds so many intricate, elegant ways to put the orchestra into motion beneath and around the soloists. The ensemble’s sonic signature is the sound of the Quintet on steroids.

Most of Overtime is the four-part 51-minute “Monterey Suite.” It was commissioned by the Monterey Jazz Festival for the band’s return in 2001, a performance that took place ten days after 9/11. The first section of the suite, “Bring It On,” must have played in Monterey like a direct antidote to the trauma and darkness of that time. It is a fanfare announcing, with joyous anticipation, the festival’s opening and the gathering of a community. Like all of Holland’s charts, its detailed internal logic tells a story. The first solo that emerges from the ensemble is by Chris Potter, whose articulate, passionate solos have lit up Holland’s Quintet since 1999. It is a rush to hear him in this larger context, with so much complex energy beneath him, like a mighty updraft. Eubanks’ trombone solo finds a convoluted path through the full orchestra’s swelling and churning-motions instigated and agitated by Holland and Kilson.

The second piece, “Free for All,” opens with Holland down front for an eloquent (and beautifully recorded) bass prologue. Then Kilson and Nelson join, and then, quietly at first, the band. There are four epic solos from all members of the core Quintet except Eubanks. It is fun when the full ensemble clears space for each of them in turn, and even more fun when, unable to hold back, it flows back in around them, unsuccessfully trying to submerge them.

The third section, “A Time Remem-bered,” is a complete change of tone, a slow unfolding of imaginative memory, with two fresh, strong soloists in Sipiagin on trumpet and Smulyan on baritone saxophone. The concluding movement, “Happy Jammy,” composed by Holland immediately after 9/11, is a creative act of defiance, a whirling, prancing affirmation of the human spirit, with a Hart soprano saxophone solo that careens to ecstatic catharsis.

With Overtime, Dave Holland has built upon his important work of keeping the big band art form alive, kicking, and ready for touring.