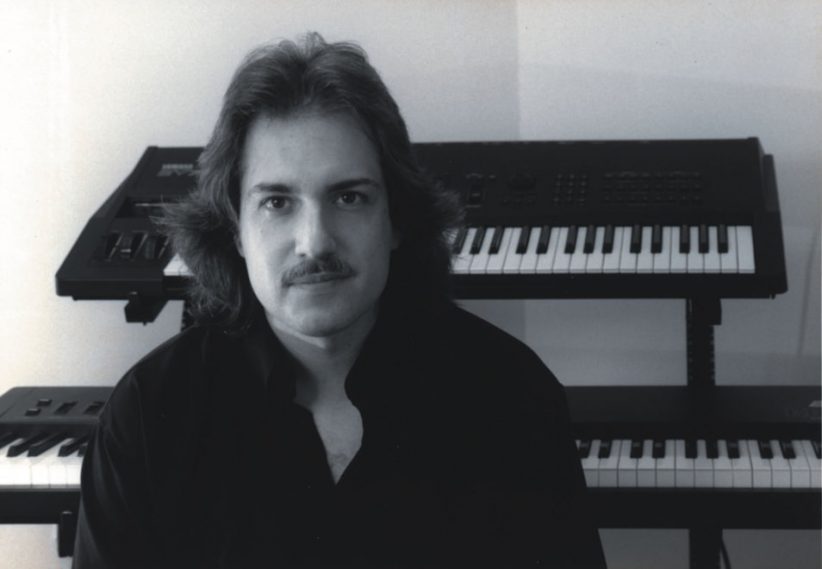 Despite studying with Ornette Coleman for seven years in the 1980s and working in Coleman’s electric band, Prime Time, since 1990, keyboard player Dave Bryant has had a lot of to pursue his own projects. He has made just one recording with Coleman (Tone Dialing) and Prime Time works infrequently at best. Bryant counts four concerts in 1997, two in 1998, and none in 1999. “Ornette has never been a gigaholic,” Bryant says. “But even to talk with him, much less play with him, I know I have to be at my best to hold up my side of the bargain.”

The Boston-based Bryant, 41, is just out with his second free jazz recording, The Eternal Hang, on the Accurate label. It was recorded in Coleman’s studio shortly after 1995’s Tone Dialing. The quintet recording is a step beyond the 1985 eponymous project by Shock Exchange, his trio with bassist John Turner and drummer Chris Bowman. It also includes saxophonist George Garzone and drummer Bob Gullotti, who are two-thirds of Boston’s freewheeling trio, The Fringe.

Bryant, a Virginia native and 1982 Berklee College of Music graduate, got his first taste of jazz in the 1970s and says his exposure ran the full stylistic gamut. “It took me a while to figure out that other people had so much invested in all these different factions. People think they don’t have any choices or musical options available. But I always figured I could do what I wanted and if the world didn’t want to hear it, they could take care of themselves.”

The Eternal Hang has an inescapable harmolodic feel, which Bryant doesn’t apologize for. “In the grand scheme of things, my music doesn’t seem that far out. It is dense, but rhythmically and melodically it is strong. It is not obscure music,” Bryant says. “I don’t know where it crosses the line into free jazz. Sometimes with this music, it is like you are telling a joke in a foreign language. You have to get it across and you have to get the laugh in the end-you just can’t use English.”