Skip to content
Become a member and get exclusive access to articles, live sessions and more!
Start Your Free Trial
Home > JT Archives > Dave Brubeck Unable to Perform, due to Illness 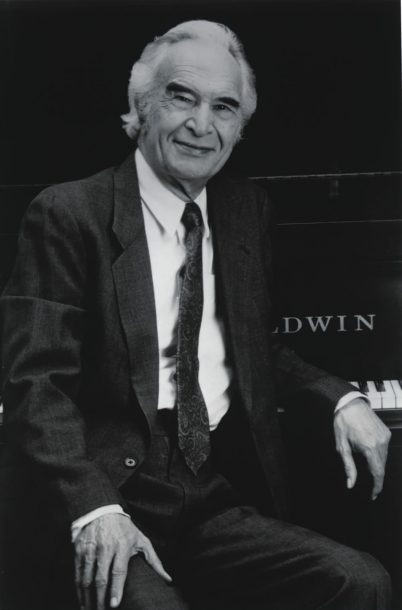 Legendary pianist Dave Brubeck has canceled all appearances for the next few weeks due to an illness that is preventing him from traveling. According to a press release from the University of the Pacific, which houses Brubeck’s archives, Brubeck, 88, was hospitalized late last week with a viral infection. He currently is under observation at Norwalk Hospital in Norwalk, Conn., and has been ordered by doctors not to travel. No media access will be granted during his stay at the hospital.

Brubeck was scheduled to perform his classic album Time Out at a concert on Fri., April 3 at his alma mater, University of the Pacific in Stockton, Calif., in honor of the 50th anniversary of the revolutionary concept recording. Dave’s eldest son, Darius Brubeck, will perform along with the rest of Dave’s quartet in place of his father.

“We have been in contact with the Brubeck family and understand that he is doing well and is expected to fully recover,” said Pacific President Donald V. DeRosa. “The Brubecks are strong supporters of the University and I know how much they were looking forward to making the trip this year. We are hoping that Dave will be able to visit us soon.”

This concert is part of a week of events that make up the annual Brubeck Festival, hosted by the Brubeck Institute on Pacific’s Stockton campus. The Brubeck Institute was founded in 2000 to further Dave’s legacy and lifelong dedication to music, creativity, education and the advancement of important social issues.

“Dave is very disappointed that he is unable to travel to Stockton for this momentous event,” said Russell Gloyd, Brubeck’s long-time producer and conductor. “However, he is very confident that his oldest son Darius will be able to make this a memorable concert and represent the spirit of Time Out as it was originally intended.”

The concert still will be the first time the Time Out album will be performed live in its entirety. Just two weeks ago, Dave told officials at Pacific that he was practicing the tunes from the album because many of them had never been performed since the landmark recording was completed.

“Naturally, we are disappointed that Dave won’t be able to perform this historic concert, but we are more concerned for his health and hope he has a speedy recovery,” said Steve Anderson, director of the Brubeck Institute. “That said, we are enthused that Darius will be able to perform the concert for his father. We know it will be an exciting evening.”