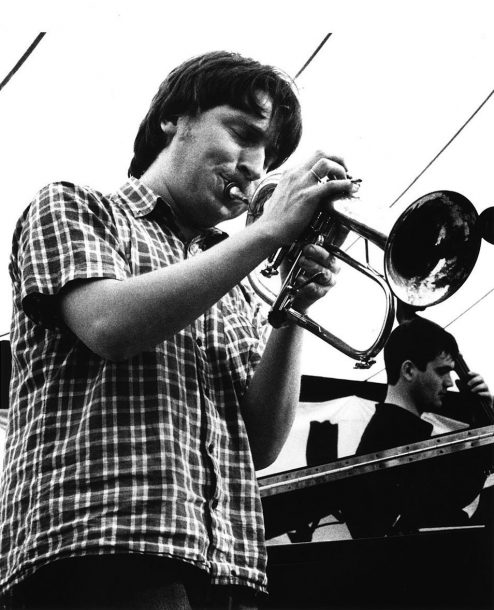 Do you know who Charlie Watts’ favorite swing-era, big-band drummer is? It’s Dave Tough, not a flashy soloist but a man who made a large ensemble glow by dint of an inner flame that he attended with fidelity and a minimum of fuss. During a gig at the Blue Note, Watts displayed a prime example of his ability to do just this on “Licks,” bassist Dave Green’s take on “I Got Rhythm.” Watts lived up to the latter title as he underpinned the band with a pair of brushes.

It was about 10 years ago that Watts brought a quintet to these shores playing the music of Charlie Parker. With Watts in the rhythm section, besides Green, was pianist Brian Lemon. The front line consisted of Peter King, alto saxophone, and Gerard Presencer, trumpet. In the week of November 6-11 Watts returned to New York, this time with a tentet that included all the members of that quintet plus Julian Argüelles, tenor and soprano saxes; Alan Barnes, baritone sax and clarinet; Henry Lowther, trumpet and flugelhorn; Mark Nightingale, trombone; Anthony Kerr, vibraphone; and Luis Jardim, percussion.

Jardim’s vocalizing and conga drum were prominent in the tentet’s take on the Dizzy Gillespie-Chano Pozo, mid-’40s “Tin Tin Deo,” where solos by Nightingale and Presencer’s flugelhorn preceded a lively stretch of trumpet exchanges between Lowther and Presencer. With Jardim and Watts providing a collaborative backdrop the two horns evolved to a climactic, contrapuntal conversation.

Presencer, who played with Britain’s National Youth Jazz Orchestra and who now, at 27, heads the Royal Academy of Music’s jazz department, is one of the tentet’s arrangers. One of his pieces found him starting out at a synth, flugelhorn in hand. He soloed with the latter after helping to create an atmosphere at the former.

All the soloists made positive contributions to the already uplifting ethos of the ensemble. King stood out on an unaccompanied “Lush Life,” drawing rapt attention with his content and leaving one to marvel at his technique as an afterthought.

Lemon got the opening, no-head blues going with his deft swing and Kerr kept the groove going on vibes. Barnes’ bari was appropriately bumptious on “Main Stem,” the first of two Ellingtonian numbers, and songfully clear on clari in the closing “Take the ‘A’ Train.” Argüelles booted smoothly on tenor here and on soprano in a couple of the other selections.

I’m sure many of the Blue Note’s patrons on this night were Charlie Watts’ fans who showed up because of his Stones’ association. I don’t think anyone, jazzers or rockers, was disappointed in the music. Festival producers please copy.