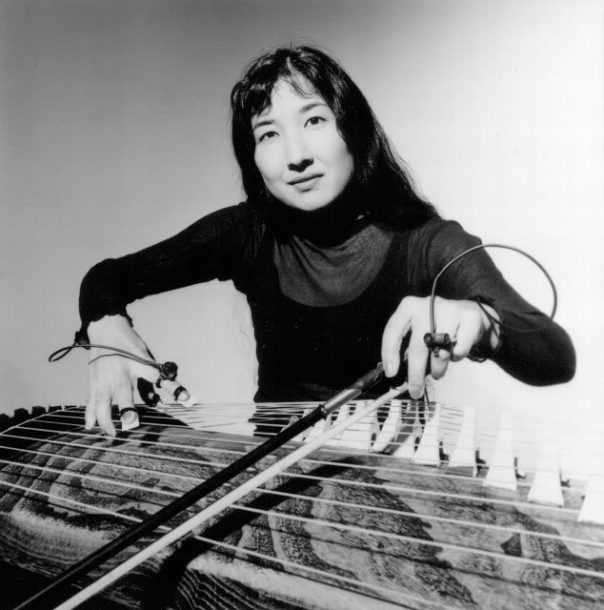 Running a festival with a focus on the cutting edge gets to be risky business, especially if said festival survives beyond its youthful stages. This lesson has been learned, in ways both hard and logical, by the dense springtime foray known as Festival International Musique Actuelle, aka FIMAV, or Victo. By whatever name, the festival is something special, and evolving.

Now on the cusp of next year’s 20th anniversary, FIMAV celebrates its status as one of the most unique avant-garde fests in the Americas, falling in some netherzone between the jazz left, the rock fringes, electronica, and contemporary “art music.” And all of this in a modest-sized town in Quebec’s Bois Francs region, amidst rolling hills dotted with dairy farms. Two hours outside of Montreal, Victoriaville is just close enough to a thriving urban scene to tap into its audience and artist base, and just far enough away to be a cultural entity of its volition and design.

Last year, FIMAV director Michel Levasseur responded to growing pressure to include more electronics and more youth-oriented programming, and found himself with the biggest audience so far. This year’s model was a more balanced affair: it’s as if they’re redesigning the festival agenda to appease multiple constituencies, from tastes that demand free improv, electronic laptoppers, Quebecoise acts (also mandated by funding sources), folk-flavored avant-garde, rock variants, appetites for work from Europe, Japan, New York and more. And with 25 concerts in five days, it’s possible to please if not all, then most factions.

This was the year, among other things, that the all-too underrated British pianist and composer Keith Tippett brought his big band Tapestry across the ocean to play for the first time. Tippett’s large piece for large ensemble, “First Weaving,” is an exuberant and eclectic display of big band thinking on a grand and adventurous scale. The score moves inside and out, in many ways. Tippett, who last performed in Victoriaville in a memorable solo piano setting, embodies a stubborn breadth of ideas that resonates beautifully in this festival’s context.

The improvisation muse was fully with the fascinating San Francisco-based quartet featuring guitarist Fred Frith, saxist/koto player Miya Masaoka and former-Kronos Quartet cellist Joan Jeanrenaud. The group often opted for space and interactive politesse, but also traced affinities of culture and texture between their instrumental approaches. They’re onto something new, and old, and were one of the festival highlights.

Improvisation and careful preplanning blended with a radically quiet sensibility in the case of Polwechsel, whose hour-long set in the downtown Cinema Laurier was a transporting experience and another festival pinnacle. Reed player Jon Butcher was heard in a similarly cool context at last year’s FIMAV, alongside German trumpeter Axel Dorner. Here, the musicians’ faintest gestures assumed large expressive weight and listeners were forced to lean into the beautifully enigmatic sound world.

Duets galore alighted the stages this year, to varying ends. Sometimes they lacked restraint or dimensional awareness (the long rumbling logorrhea of bassist William Parker and Peter Kowald or the excesses from Alan Silva and Oluyemi Thomas). Sometimes, we heard a projection of brilliant empathy based on mutual and separate aesthetics (trombonist Konrad Bauer and pianist Aki Takase). Elsewhere, revealing subtlety and conspiratorial grace were at hand (drummers Hamid Drake and Gerry Hemingway), and in another case, a pairing nailed the inherent borderline between folk traditions and wacky outness (Montreal guitar wizard Rene Loussier and Americana-tweaker Eugene Chadbourne, an ideal match).

For many years, assorted members of Sonic Youth have shown up here with projects. Last year, Kim Gordon’s art-rock affair dazzled and Thurston Moore’s oblique tete a tete with Japanese guitar Keiki Haino meandered. This year, repeat visitor Lee Ranaldo brought along William Hooker, Alan Licht, DJ Olive and Ulrich Krieger to build a wall of spontaneous sound as a live soundtrack to an experimental film by Stan Brakhage. It was a pleasant if forgettable event.

Better news from the rock front came from Melt Banana, Japan’s chirpy post-hardcore onslaught machine. Paradoxically, the guitar-bass-drums drive train is both ferocious and tidy, while vocalist YoSuKo O. sings in a style somewhere between a howl and a coo. At one point, they played a suite of nine ultrashort songs–some only 20 seconds–and each punctuated by the singer’s perky exhortation of “Thank you!” before the next mini-sound storm. This music is loveable, raucous and quaint. Go figure.

One of the most amusing performances of the festival was quixotic trumpeter Bill Dixon’s press conference, which he turned into a seething rant, bitterly assailing critics and Canada herself for not bringing him up earlier. That night, he and his bandmates–piano legend Cecil Taylor and drummer Tony Oxley–showed up an hour late and left early, after a 45-minute set.

Attitude problems aside, it must be reported that the Dixon-Taylor-Oxley set was a memorable meeting of a trio of free-jazz veterans in its world premiere. Free jazz is a problematic term, of course, too confining for the unaccountable worlds traversed by these players. They concocted an evocative canvas on the spot, bolstered by the dialogue between Taylor’s dancing ferocity (muted for this occasion), Dixon’s cryptic and reductive sounds and Oxley’s texture-sensitive and rhythm-resistant inventiveness. It’s a magical trio, which one hopes will continue, but perhaps it’s better to just consider their art, not the artists.

From the technology front, the fare included another of Bob Ostertag’s multimedia provocations–provocative both artistically and eco-socio-politically. “Between Science and Garbage” utilizes computer processing in real time, both sound and visuals, while essaying on a consumptive world going astray.

As a strangely beautiful festival finale, the Finnish pair known as Pan Sonic met with the Japanese sound manipulator Merzbow for the first time. Perched behind their laptops in the defrocked hockey arena known as the Collisee, Pan Sonic artfully explored acoustic phenomena and together constructed a sonic wall and sonic wallpaper, full of massive and detailed touches. Amidst the curious digital din, the word “painterly” sprang to mind.

It proved to be a poetic and entirely apt ending for a festival that is, by definition, in flux.