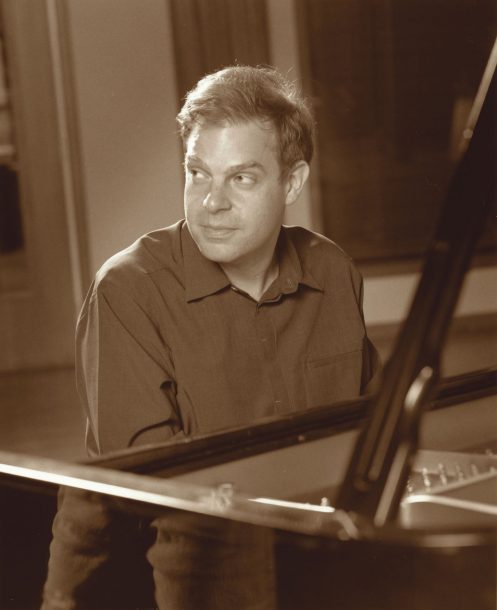 Pianist Bill Charlap and his trusty bandmates, bassist Peter Washington and drummer Kenny Washington, did an early-spring week at the newly reopened Jazz Standard in support of Stardust, his second Blue Note CD, a tribute to the music of Hoagy Carmichael. The opening night was strictly trio, but guest stars from the recording were to follow (Jim Hall on the 10th and Frank Wess on the 11th). There was plenty of Carmichael in Charlap’s performance, but other worthy material as well. Charlap, the son of songwriter and a singer Moose Charlap, knows a good song when he hears one and what to do with it when he sits down to play.

Charlap brings all kinds of intelligence to the piano bench and he employs it to enhance the natural talent he has further developed over the years. This was in evidence on Johnny Carisi’s “Israel,” where he used portions of the arrangement from the original Miles Davis Nonet recording, including Miles’ first chorus, before getting into his own exploration of the minor blues. I believe I heard an allusion to Lee Konitz’s solo later on.

Before getting into Carmichael, Charlap made a stop in Berlin with a crisply moving “The Best Thing For You,” which Peter’s springy walking and Kenny’s seamless brushwork helped greatly in creating and sustaining. Charlap’s mastication of the changes with his swift, single line was never robotic–not any easy task at this kind of tempo-and the exchanges with Kenny were lively, to say the least.

Richard Rodgers’ “With a Song in My Heart” changed the mood again. Charlap established the melody in a rhapsodic manner before bringing that cooking single line into play. Then he moved into the kind of musical edifice that he constructs so well with the shifting harmonies of his two-handed attack.

The Carmichael portion of the set began with “Jubilee.” Now, I don’t say the only correct tempo at which to play this is the one associated with Louis Armstrong, who introduced it in the Mae West film Everyday’s a Holiday, but the thoroughbred-on-steroids approach Charlap used really was more like racing than playing and it lost the strutting, street-parade flavor of the piece. Washington did manage to work in some apt, military figures in his solo spot.

“The Nearness of You,” coming on the heels of “Jubilee”‘s pace and abrupt ending, really slowed things down to lyrical reflection. Then the trio found a swinging groove as right as baby bear’s porridge on “One Morning in May.” Riding the Washingtons’ wave-the sound of the pulse as effective as its time-Charlap was precise yet elastic, slyly slipping in “A Sleeping Bee” quote.

“Stardust” began ended with sleepy garden walls. In between there was relaxed roving in the grove, Charlap’s crystalline touch embellished by Peter’s complementary underlining.

“I Walk With Music,” whose first few notes suggest “Billy Boy,” was new to me. It had optimistic buoyancy with more of Charlap’s articulate single line-he used a riff of Monk’s “52nd Street Theme” in an effective rhythmic way-and some choice plucking by Peter.

The trio departed Carmichael country by way of Gershwinville and “How Long Has This Been Going On?” It was a most languorous interpretation, not an easy tempo to achieve and hold, but hold it did along with the audience’s attention.

Then it was back to flying for the closer, Cole Porter’s “All Through the Night,” which lent itself perfectly to the mercurial pace from Charlap’s Tatumesque introduction on out. It was an exhilarating finish to a most musical set. Kenny’s kinetic brushes, the wings of a giant moth on the snares, were again a strong factor. Philly Joe lives!

The Jazz Standard’s new interior is not radically different from the first version. It is still dimly lit and atmospherically welcoming. The bandstand is handsomer but still acoustically satisfying. The biggest change is in the menu, which comes from Blue Smoke, the new upstairs barbecue run by famed restaurateur Danny Meyer, who is the cousin of Jazz Standard owner James Polsky.

Ribs and jazz have been together for a long time so this is a natural marriage. I had the St. Louis ribs and my wife the baby backs. Mine were spicier, hers more meaty but both were delicious. The fries were right on. Only the limp coleslaw was a dud: spicy when it should have been a contrast to the ribs. A swallow of the Brooklyn Brewery’s Blue Smoke Ale soothed that glitch and went down smoothly-like the elegance of the Charlap trio.