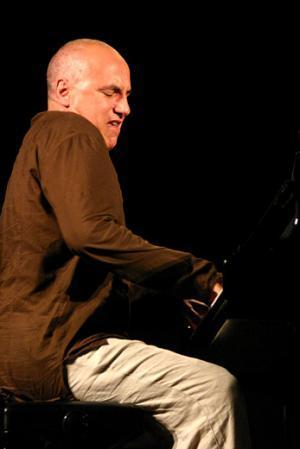 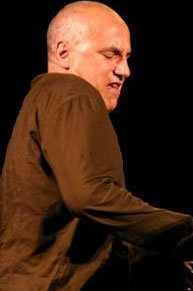 The Umbria Jazz organization is known for its big festival in Perugia, Italy (every July since 1973) and its New Year’s festival in Orvieto. But Carlo Pagnotta’s jazz empire also sponsors events in places like Australia and Macedonia and Japan and New York. In early May, Umbria Jazz presented four recitals on the stately Neo-Georgian premises of the Italian Cultural Institute on Park Avenue in Manhattan. Pianists Danilo Rea and Enrico Pieranunzi played solo concerts on May 5 and 6, respectively. On May 7 and 8, Roberta Gambarini sang, accompanied by pianist Renato Sellani and bassist Neil Swainson.

The appearance of Rea was much anticipated because, of the three most important living Italian jazz pianists (Stefano Bollani and Pieranunzi are the others), he has received the least exposure in the United States. Whereas Bollani and Pieranunzi record for labels with international distribution (ECM and CAM Jazz) and have played often in the United States, Rea records for small independent Italian labels and travels infrequently outside of Europe. But what he did at the Italian Cultural Institute on May 5 is something only Danilo Rea can do.

The closest comparison may be Keith Jarrett. Solo concerts by both Jarrett and Rea are all about the relationship between a master pianist and a keyboard, and the exhilarating creativity that can occur when that relationship is fully surrendered to the moment. Like Jarrett, Rea erects vast spontaneous improvised solo piano suites. Like Jarrett, Rea acknowledges preexisting music in the course of his real-time free inventions.

The difference is how they use “standards.” Jarrett’s solo concerts are usually entirely improvised, while with his trio he “plays” tunes from the Great American Songbook, however radically and discursively. Rea does not “play” standards; he embeds them (or, more often, fragments of them) into his improvised solo performances. And for Rea, standards might be songs by Joni Mitchell or Gershwin, but are more likely to come from the operas and popular songs of Italy. At the Italian Cultural Institute, he began with a ringing portrayal of the aria “Nessun Dorma” (“No One Shall Sleep”), from Puccini’s Turandot. But it quickly evaporated and was replaced by a distantly related Rea interlude that became Gino Paoli’s “Senza Fine” (“Without End”), a pop hit in Italy in 1961.

What is unique about Rea is how his monumental improvisations flow naturally and seamlessly into and out of the compositions of others and make a new statement. (He even landed, for 16 bars or so, on “Something’s Coming” from West Side Story.) What he plays has nothing to do with a “medley.” Songs emerge in the flow as allusions, as objective correlatives, as memories glimpsed in the unfolding of a highly personal creative process. An American audience might not recognize an intermezzo from Pietro Mascagni’s Cavalleria Rusticana or a popular song by Fabrizio de André, “La Canzone di Marinella,” or even a theme by Ennio Morricone from the film The Mission. But in every case it is apparent when Rea has arrived at one of his markers, and when he has broken free again. He ties everything together with proprietary branch logic. It is a design imagined one time only. It includes startling dynamic swings from pianissimo to fortissimo and back again, and a huge range of tempos and moods. Sometimes the passion of the search leads him to hammer and sweep across the keyboard, yet even such moments resolve in lyricism, which is Rea’s deepest loyalty. Improvised music like Rea’s requires creativity on the part of the listener.

Most Rea recordings are not easy or inexpensive to obtain in the United States. One that approximates the experience of a live Rea solo concert is Lirico, on the respected Italian label Egea. It is available for 14 euros at Jazzos, and U.S. orders get a 15% discount.