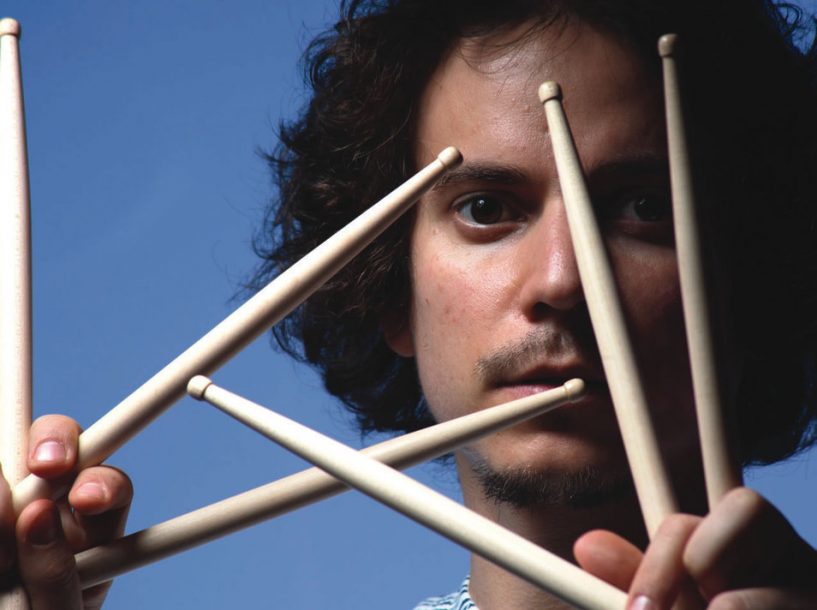 Dafnis Prieto, an emerging drummer and composer, emigrated from Cuba to New York almost 10 years ago. Given his druthers, though, he would have moved to Paris. Prieto visited New York on two occasions, but the city failed to make an impression, in part because he identified with jazz only in a peripheral sense. Prieto liked Paris’ music scene in the early 1990s, especially the opportunities for experimental music and African music.

“I used to go a lot, and I had a lot of friends there,” Prieto said. “I liked that romanticism and that bohemian life that people have in Europe. I felt really connected with that at that time.”

But Prieto would have received less exposure in Europe. In the United States his opportunities to record and tour have increased steadily. He earned a Grammy nomination for his second album, Absolute Quintet (2006), and a Latin Grammy nomination last year for best new artist.

Prieto, 34, spent the afternoon of Good Friday at his apartment in New York’s Washington Heights neighborhood. Sitting across the room from a cluttered upright piano where he composed much of his recent work, Prieto discussed his interest in a wide spectrum of music. It extends from his native Latin America to India and Africa; from free-jazz to salsa to Bach and Stravinsky.

Prieto’s third album, Taking the Soul for a Walk, debuted in early May and marked the first on his Dafnison Music imprint. It includes the eight songs from The Emotions Series for which he received a grant in 2005 from Chamber Music America’s New Works: Creation and Presentation Program. The exotic compositions feature multiple sections, shifting tempos and odd meters. Prieto’s new label not only could provide exposure for his music, but also satisfy his desire for autonomy.

“I don’t want to compromise anything anymore in my music,” he said. “But the main reason is that I have a lot of music already written and a lot of projects and ideas that I want to develop on my own, and I don’t want to be asking for [approval from a record label].” Prieto has received commissions from brass and percussion ensembles, as well as for dance and film. On the jazz side, he composed the title track on Song for Chico (Zoho), the new release by Arturo O’Farrill and the Afro-Latin Jazz Orchestra, and also two songs on the Caribbean Jazz Project’s The Gathering (2002), which won a Grammy Award.

Like his previous recordings, Taking the Soul for a Walk documents one of Prieto’s bands, his sextet, but the lineup and intent vary from track to track. “The Sooner the Better” begins with a plaintive horn riff that modulates and intensifies before the main theme develops. The track has a strong Afro-Cuban flavor and includes solos by tenor saxophonist Peter Apfelbaum, trumpeter Avishai Cohen and alto saxophonist Yosvany Terry.

By contrast, “Tell Me About Her” spotlights pianist Manuel Valera, bassist Yunior Terry and Prieto in a relaxed trio setting. And the syncopated arrangements on “En las Ruinas de su Infancia” and “Emergency Call” create a dialogue between the horns and rhythm section that borders on funky. Apfelbaum, who has performed with Prieto since 2000, said the drummer preserves traditional elements even while incorporating world music and free jazz.

“So he’s certainly not strictly an avant-garde artist in that way,” Apfelbaum said. “But his vocabulary is so broad and he’s so open-minded that any sound is fair game. He uses a lot of different techniques and different sound combinations, and often within the same tune.”

“He can swing, [but] it’s from the Cuban perspective,” said pianist Arturo O’Farrill, who uses Prieto in his small groups. “He’s not an Art Blakey [or] Max Roach in terms of where he comes from. I don’t hear beats with him; I hear waves of sound. It’s not just about the swing or the clave. He will deal with … more than one measure [or] more than two measures. Because he’s so flexible, he’s not held back by bar lengths or beat lengths.”

Prieto graduated in 1992 from the National School of Music in Havana. He toured with pianist Carlos Maza and also the group Columna “B” before leaving Cuba in 1998. His first album, About the Monks (Zoho), appeared in 2005. He performs with a host of artists, notably Steve Coleman, Michel Camilo, Henry Threadgill, Eddie Palmieri and Brian Lynch.

Even now Prieto can recall why his friends believed New York would provide the best outlet for his music. “Because [of] the way I was playing the drums, and the way I was actually conceiving the music that I wanted to develop. And the musicians that I liked,” he added, “they all were living here in New York.”