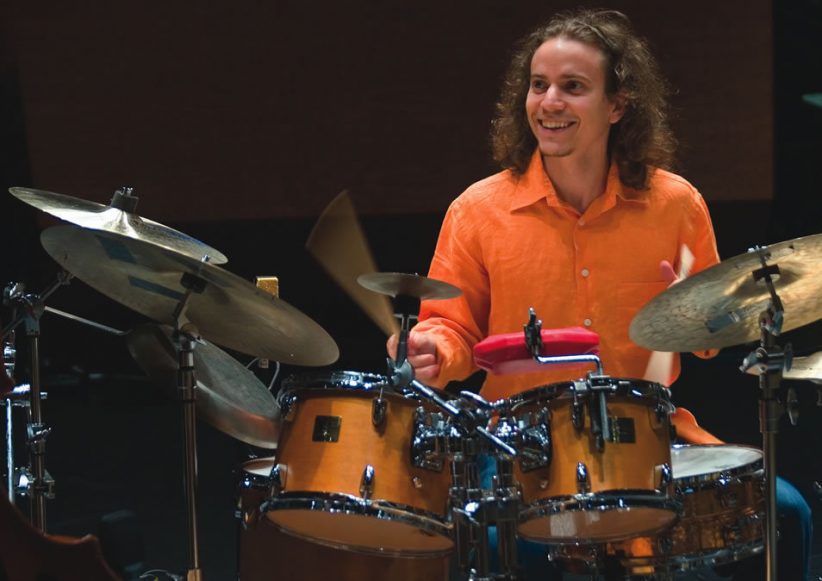 Hailing from Cuba, thirtysomething Prieto reflects a myriad of contemporary and classical influences along with strong clave roots on his outstanding second CD. The funky opener, “The Coolest,” incorporates touches of rock in the wah-wah inflected keyboard lines of Jason Lindner played in unison with violinist Christian Howes. And to add more spice to the gumbo, Prieto and Lindner offer up some authentic-sounding South Indian konokol singing on this ambitious hybrid number. But underneath the exchanges between Lindner’s distortion-laced electric keyboard and Yosvany Terry’s darting alto sax lines, the rapid-fire Indian scatting and contrapuntal string playing by violinist Howes and cellist Dana Leong lies the heart of the clave, which Prieto always carries with him.

The sound of the strings blending with Lindner’s Hammond B3 organ lends an especially unique flavor to this provocative ensemble on pieces like “Sensaciones” and the romantic 6/8 “Afrotango,” featuring special guest Henry Threadgill wailing on alto sax. Prieto’s carefully orchestrated stop-time passages toward the end of this extended piece allow for some daring flourishes on the kit in between the hits. Meanwhile, the frantic, rhythmically charged angular funk of “The Stutterer” bears the edgy stamp of Steve Coleman.

The centerpiece of this impressive collection of Prieto originals is the cinematic three-part “One Day Suite,” which travels from a stately chamberlike theme to an undulating Afro-Cuban ostinato (a platform for cellist Leong and violinist Howes to sail over with impunity) to lyrical rubato passages that showcase Terry’s soaring soprano sax and culminates in a straightforward swing section that highlights Lindner’s decidedly Jarrett-influenced excursions on acoustic piano.

As an exercise in contrasts, Prieto unleashes his sizzling, fusionesque fury against the slow-moving pulse of his dirgelike “New Elephant.” He displays astonishing polyrhythmic aplomb on the solo drum intro to “Renew the Elephant,” which bears the towering influence of Chick Corea’s My Spanish Heart, a favorite album of young Dafnis.

He closes with a wacky amalgam of styles on “Innocent Bird,” which shifts seamlessly from baroque passages to Mission: Impossible-like spy music to earthy clave, with some references to churchy organ music along the way.