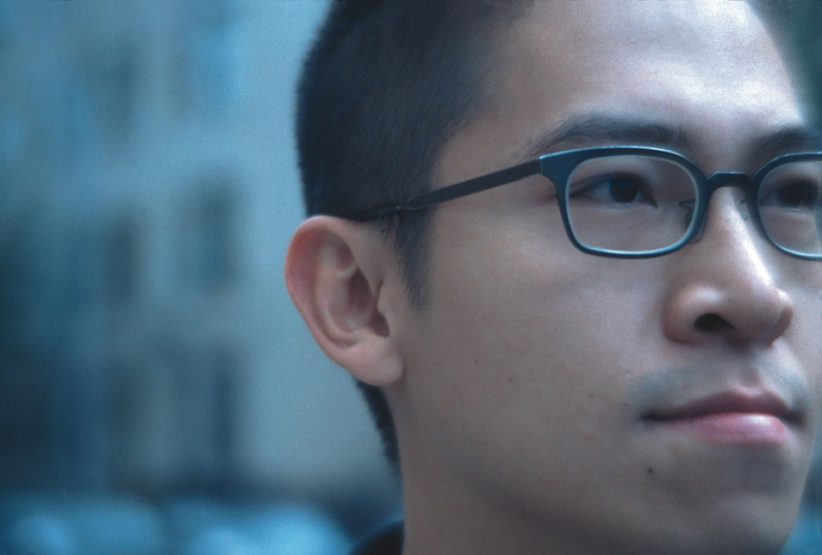 Cuong Vu hates the trumpet. “There are so many things characteristic of the trumpet that sound bad or goofy to me,” he says. Thing is, Vu is a trumpeter, and a budding, noteworthy talent, as he displays on Bound (OmniTone), his debut as a leader. Saying that trumpet is incredibly hard to play, Vu struggles with his instrument of “choice”-the truth is, his mother misunderstood him when he said he wanted to play the “horn” like his saxophonist father

“I have to work within the bounds of the trumpet and my ability to play it. More specifically, the endurance factor, especially when going for new sounds or playing in the most in-the-moment improvs where you have no idea what’s coming and can’t pace or prepare yourself. [Plus,] the damage it does to my chops when I have to play extremely loud for an extended amount of time. The list goes on and on. One of my teachers told me that I’m not built right to play the trumpet and that he’s amazed that I can play it the way that I can play it.”

The Vietnam-born, Seattle-bred Vu’s conflicted nature is apparent, too, when he talks of what is commonly considered jazz. Despite playing with some of N.Y.C.’s sharpest improvisers, like Dave Douglas, Gerry Hemingway, Mark Helias and Chris Speed, and formerly co-leading the group Ragged Jack, Vu has a disdainful view of jazz-well, at least the word.

“Unfortunately, I was an impressionable kid when Wynton [Marsalis] and Stanley Crouch started on their campaign to discredit music that did not fall into their definition of jazz, all the while proclaiming greatness upon themselves and upon ‘their’ music. So that’s how that specific meaning to the word jazz was ingrained into my subconscious, and that’s why I try to stay away from it.”

A New England Conservatory graduate, Vu began to discover his own musical voice there through the microtonal teachings of reedist Joe Maneri and witnessing the Boston free improv group The Fringe, in addition to immersing himself in composers like Beethoven, Schoenberg and Ligeti. Vu’s style of, uh, jazz is one that incorporates the compositional elasticity of Charles Ives (popular styles co-opted into a more complicated whole-which could be a partial definition of jazz, too) with some electric Miles Davis-like grooves. His own playing encompasses both achingly beautiful melodies that sing like those of the Prince of Darkness and the occasional use of punchy extended techniques reminiscent of Lester Bowie. Bound’s most striking track, however, is the titular one, where Vu hardly plays any trumpet; instead he sings, in his breathy, almost feminine voice, over Jim Black’s speedy drum ‘n’ bass-influenced rhythms, Stomu Takeishi’s slow motion electric bass lines and Jamie Saft’s wah-wahed keyboards.

“When I wrote the tune, I was hearing two opposing schemes. One, a floating melody, time-wise, that has the slow half-time feel, with the bass accompanying it in an almost rubato-ish vibe. The melodic and bass functions were to feel the time as far apart as possible,” Vu explains. “Two, the drums and rhythmic instrument-at that time I heard guitar-would handle the fast tempo while trying to catch the phrasing of the melodic and bass entity. The result would be a heavy tension that would then be released at the chorus when we’d hit a specific feel, time and meter grouping. The key, I thought, was in how we each felt timing and how in tune to each others’ timing-abstract timing, which is key in free improvisation to me.”

Even with the deep musical theory behind “Bound,” the song is instantly catchy, coming across like a futuristic pop hit that seamlessly marries the brain with the booty. “I think that I have hooks in my music because I am a child of pop music. I grew up with pop music, I constantly hear pop music, and I’m not going to dismiss pop music from what I do. If I hear it, it’s going to be in there somewhere. Otherwise, I’d be denying myself of a part of what makes me who I am.”

Throughout Bound, Vu’s performance is remarkably assured, despite him thinking his hated trumpet sounds goofy. “This fact-in my own mind, it’s a fact-closes a lot of doors on what I can or would play,” Vu says. Fortunately, the eclectic, far- reaching Bound doesn’t bear that out.