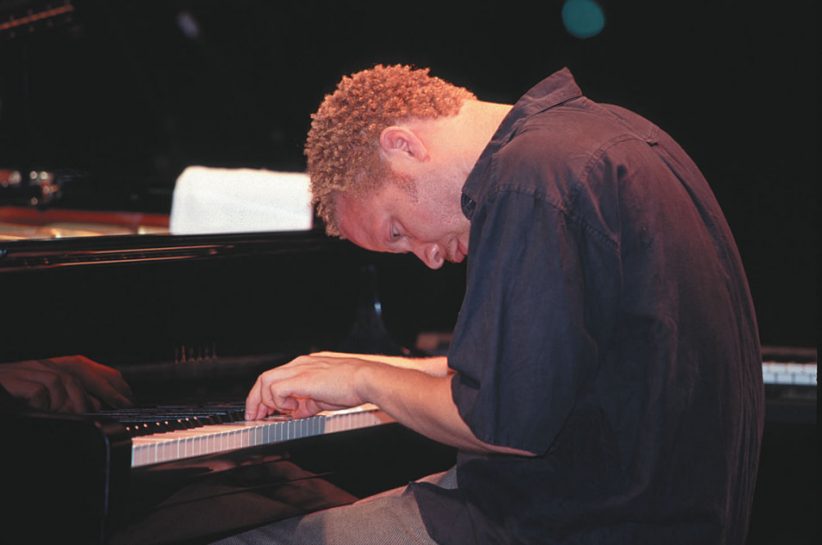 To get a handle on Craig Taborn’s expansive musicality, you need to flee your comfort zone. If you think that his impressive piano playing begins and ends with the free-bop he grooved while in James Carter’s band, then you’ll miss the irresistibly funky keyboard work Taborn did with Carl Craig’s Innerzone Orchestra on Programmed (Astral-werks, 1999), a wholly unique blending of jazz and electronica; his freer pianistic expressions with Roscoe Mitchell on Nine to Get Ready (ECM, 1999); his wicked electronic textures with Tim Berne and Tom Rainey on The Shell Game (Thirsty Ear, 2001).

Taborn’s latest album as leader, Light Made Lighter (Thirsty Ear), is the long-awaited follow-up to his 1994 debut, T.S.: Craig Taborn Trio (DIW). The new album follows its predecessor in the trio format, but where T.S. is postbop oriented, the playing and compositions on Light Made Lighter are more enigmatic and abstract. On tunes like the Monkish “Bodies We Came Out Of” and the slanted version of “I Cover the Waterfront” Taborn engages bassist Chris Lightcap and drummer Gerald Cleaver with quick-witted conversations that, while playful, show great maturity since his debut. “There’s such a span of time between the two [recordings]. I’m a different player now than I was then in terms of basic, technical, theoretical things that I’ve acquired over the years,” Taborn says. “My control of sound, the integration of sound with my harmonic sensibilities and my rhythmic approach is a lot more informed now.”

While his acoustic playing is steeped in the expansive piano-jazz tradition, Taborn’s bold electronic soundscapes escape jazz convention. “My approach to electronics is really electronic,” he explains. “I do keyboardlike things, but sometimes I don’t even touch a keyboard. I might be turning knobs or just manipulating sounds. With electronics, I can get away from conventional playing. I’m not looking for a substitute piano or any other instrument. Melody, harmony and rhythm come in to play in a different sense. It’s more interesting to me to achieve harmony through sound design rather than just hitting a chord on the keyboards.”