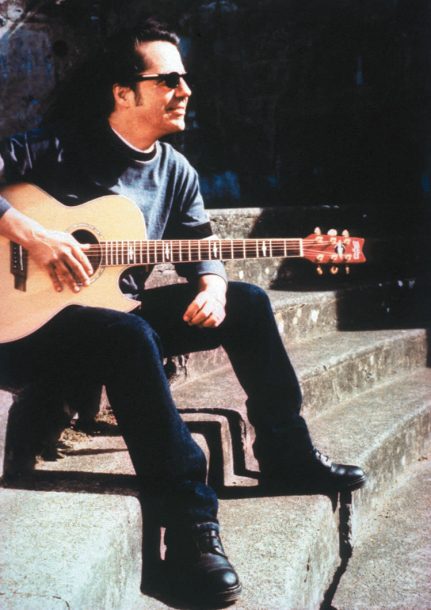 Guitarist Craig Chaquico had a strong, 16-year run as lead electric guitarist for Jefferson Starship, the multi-platinum rock band. Now he’s gone acoustic, contemplative, and writing tunes about the beauty of the natural world-and the success he enjoyed as a rocker continues on today, despite the radical change in genre.

His latest release on the Higher Octave label is Four Corners, a celebration of the spirit of Native America. “This album is more groove intensive than my others,” he says. “My first recording, for example, used the guitar as lead instrument on everything. Now there’s a lot more room for other instruments to take the lead. There are flugelhorn, sax, and keyboard solos, which I think is an evolution from playing live and doing tours with guys like Richard Elliot, Peter White, and Rick Braun. I wanted these textures on the recording-a

musical dialogue back and forth.”

Chaquico is enamored with melody, a factor that was evident even during his rock days. “I was a musical painter with the Starship,” he recalls. “I tried to mirror the lyrics the singer was delivering with the mood of the guitar. Melody is what touches people and it’s what they remember. Then, I add some flashy playing and improvise around that melody to add an exclamation point. You can’t have improvisation without the melody, and the melody would get boring after awhile if improvisation didn’t happen.”

The instrumental breaks and improvisation by rock bands were always his favorite segments, noting that one of the Starship’s biggest albums was Red Octopus, which had two instrumental tracks on it. “And I was always intrigued when Pink Floyd and the Stones used saxophones,” he adds. “To me, that was jazz, and I love the fact that there’s a category of music like jazz that can embrace so many different influences. As a rocker, I listened to Les McCann, Eddie Harris, and Weather Report. I never felt it was a different kind of music-I just thought they were great records.”