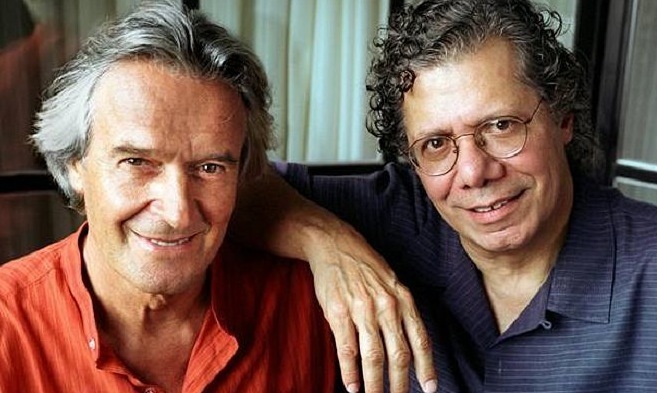 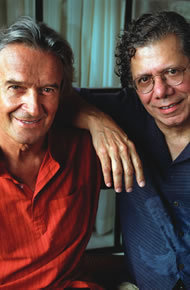 Chick Corea and John McLaughlin’s Five Peace Band will kick off its first North American tour at UCLA in Los Angeles on March 19. The 23-date run includes three evenings in New York at Jazz at Lincoln Center’s Rose Hall and concludes on May 1 at the Flynn Center for the Performing Arts in Burlington, Vt. Five Peace Band features co-leaders Corea (piano, keyboards) and McLaughlin (guitar) along with Kenny Garrett on saxophone and bassist Christian McBride. The drum seat will be shared by Vinnie Colaiuta and Brian Blade.

The quintet’s double-album, Five Peace Band Live, which was recorded during their European tour last fall, will be released this summer by Concord Records, but the double-disc CD will be made available early at performance venues as well as the band’s website (Five Peace Band.com) to coincide with the tour.

Five Peace Band marks the duo’s first collaboration with a band, presenting eclectic nights of highly creative music that includes nods to Miles (and to the late Joe Zawinul, with an exhilarating performance of “In a Silent Way”), intricate acoustic jazz, burning jazz/rock/funk, and intimate duets. Also in the mix are Corea and McLaughlin classics.