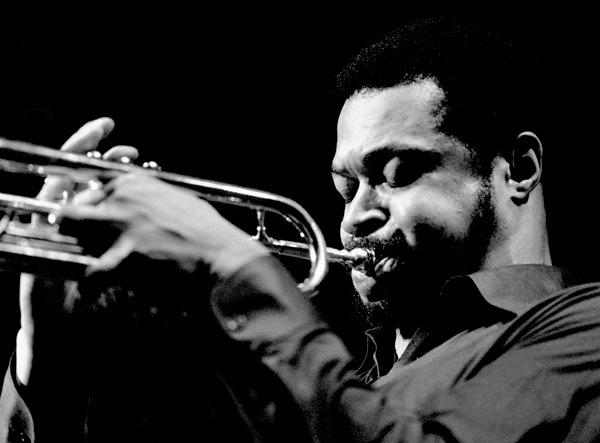 Last year, the Festival of New Trumpet Music (FONT), curated by Dave Douglas, celebrated the legacy of Woody Shaw with a special concert of his music performed by Sean Jones, along with Ezana Edwards, Nick Roseboro also on trumpets, Mulgrew Miller (piano), Dwayne Burno (bass) and Musical Director Victor Lewis (drums). The event was organized by Shaw’s son, Woody Louis Armstrong Shaw III, and took place at the Jazz Standard in New York City on September 27, 2008. JazzSet/WBGO recorded the performance for broadcast on NPR. In recognition of Shaw’s recent birthday, the show will be aired again on WBGO on Sunday, Dec 27th at 6pm and Wednesday, December 30th at 6:30pm (EST). The performance will also be available by streaming at JazzSet’s page on the NPR site.

December 24, 2009 would have been Shaw’s 65th Birthday. He died on May 10, 1989 of injuries sustained in a tragic accident in the New York subway system. At the time of his death, he was one of the most acclaimed and influential trumpeters of his generation. FONT organizer Douglas said that Shaw “is now one of the most revered figures for trumpeters today.” Shaw’s recordings in the late ’70s for Columbia, including Rosewood and Stepping Stones, established his reputation as an important trumpeter, composer and bandleader. Both Miller and Lewis performed frequently with Shaw and the latter helped organize the music for this tribute performance.

Among Shaw’s compositions performed in the show are: “Joshua C,” “The Moontrane,” “Katrina Ballerina,” “Sweet Love of Mine” (with Woody Shaw III on drums), and “Stepping Stone.”