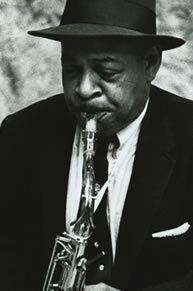 By most accounts, Coleman Hawkins was no longer an innovator by the 1960s. Although he is often credited with having virtually invented jazz saxophone in the ’20s during his tenure with Fletcher Henderson, Hawkins had since been eclipsed by the likes of Parker, Coltrane and that other Coleman, Ornette. But that doesn’t mean the man couldn’t still blow, and this collection of in-concert and live-in-studio sessions filmed during Hawkins’ final decade-he died in 1969, at age 64-makes for some thrilling musical and visual moments.

Of course it didn’t hurt that Hawkins still attracted high-caliber collaborators. In the opening segment, a 1964 London concert, Hawkins and his band, including Harry “Sweets” Edison on trumpet and Jo Jones on drums, tear into Wardell Gray’s “Stoned” with abandon. Pianist Sir Charles Thompson and bassist Jimmy Woode soon leave the main theme behind for an outside venture that Hawk not only understands but kicks into a higher gear. “Caravan” is fired up but not flashy, and the ballads “September Song” and “Willow Weep for Me” showcase Hawkins’ and Edison’s savvy with bluesy moods.

But it’s the second segment, filmed at the Royal Jazz Festival in London in ’66, that firmly establishes Hawkins’ enduring vitality. Despite a grainy picture and somewhat hissy sound-all of the films are in black and white, some offering crisper audio than others-Hawkins, altoist Benny Carter, pianist Teddy Wilson, a young Bob Cranshaw on bass and the unstoppable Louie Bellson on drums are explosive. “Disorder at the Border” is given over largely to the recently deceased Bellson, who displays in about 10 dazzling, unbroken minutes why he was one of the most celebrated skin-pounders ever.

Other segments, filmed in Paris and Brussels (what appears to be a rehearsal), feature the likes of Oscar Peterson and the underrated guitarist Mickey Baker, but the absolute highlight is the 25-minute 1961 After Hours film, an insider’s peek at what’s supposed to be-but obviously isn’t-an impromptu jam in a subterranean New York club. Playing to a few stray doormen, a scantily clad cigarette girl and themselves, Hawkins, trumpeter Roy Eldridge, bassist Milt Hinton, drummer Cozy Cole and others who “just happened” to drop by, tear it up as DJ William B. Williams explains to the viewer what’s going on. The setup itself is jive, but the music is anything but.