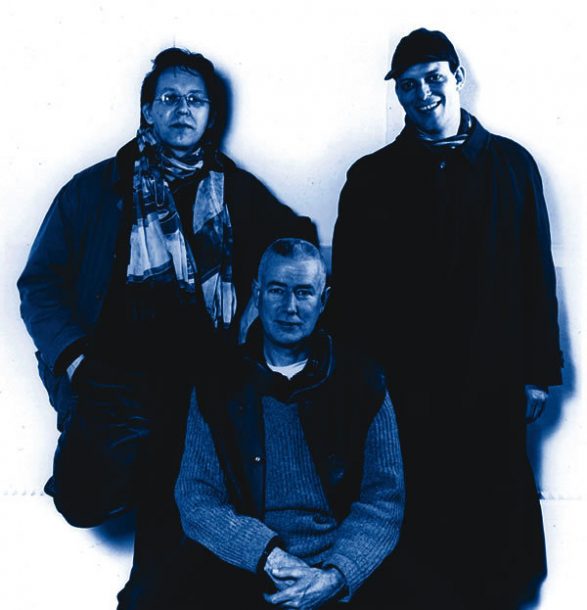 Cecil Taylor, in an interview with Nat Hentoff in 1962, said, “What makes jazz unique is the compression of energy into a short period of time, and that, in turn, is a reflection of what the machine has done to our lives in metropolitan areas in America.” The Clusone Trio, comprised of alto saxophonist and clarinetist Michael Moore, cellist Ernst Reijseger and percussionist Han Bennink, exemplifies this view of jazz. Although not an American group-it was named for a town in Italy, but is based in Amsterdam-the Clusone Trio, in its music, reflects the constantly shifting focus of modern life.

On Love Henry, as on the previous I Am An Indian (both Gramavision), the group veers from side to side like a man with a metal detector at the beach, hunting for lost jewelry. Among the bottlecaps and pop tops are buried treasures: snatches of tunes by Irving Berlin and Kurt Weill, as well as the group’s own originals. (One of these includes a section made up only of squeaks. You might not get it, but the mice will.) Clusone’s medleys run the emotional gamut from the soothing and mundane, to the dramatic and hallucinatory.

Love Henry was recorded “live,” highlighting the Trio’s ability to shift (or strip) musical gears on the fly. “We have these tunes that we do, these textures that we can go to,” explains Moore, originally from northern California, who relocated to Amsterdam in the early 1980s. “I would call a tune a texture in this case. They all have their own little idiosyncrasies. Some of them are jazz tunes and some of them are just grooves, or whatever. It’s up to us how we get in and out of them, or whether we play them at all.”