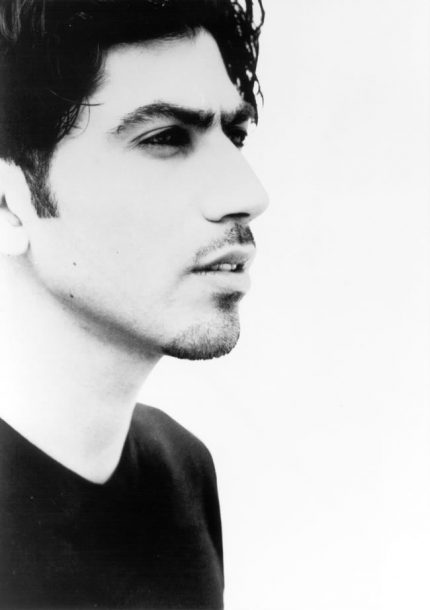 It’s a sad commentary on the current climate when a CD as beautiful as violinist Claude Chalhoub’s self-titled debut for Teldec might be ignored because he’s Lebanese. Those with open minds and ears, will be treated to one of the most successful East-West collaborations in recent years.

Chalhoub’s CD contains the improvisational soul of Indian music, the buzzing effervescence of Arabic sounds and the ethereal drone of experimental electronica. “Don’t Wake Me Up” alone mixes flamenco textures, Arabic tonalities, romantic film music and club sounds. The CD was produced by guitarist Michael Brook, known for 1990’s Mustt Mustt (Real World), his wildly praised mixing of Qawwali singer Nusrat Fateh Ali Khan with modern sounds. “We both like Indian music, in general, and we both love the way it is improvised,” says Chalhoub from London. “And I was a big fan of Nusrat Fateh Ali Khan’s recording produced by Michael.”

Even with his love of Indian and Arabic music, Chalhoub’s Western classical-music background is exposed on his “Gnossienne,” which is based on Erik Satie’s “Trois Gymnopedies.” “I love it because of the modal structure: it’s based on three chords, very simple; F minor. And the melody that tops this modal harmony, it’s my culture: simple, and it has a lot of room to improvise on.”

The CD’s spirit of cross-cultural sharing is indicative of Chalhoub, who was born in Lebanon in 1974, and started to play the violin at age 8. As a teen he was awarded the Queen Mother Scholarship at the Royal College of Music in London. Chalhoub is dedicated to encouraging peace in the Middle East, and as the concertmaster for the 73-member West-Eastern Divan Orchestra, a group assembled by Jewish conductor Daniel Barenboim that consists of youths from Lebanon, Jordan and Egypt, he has played many classical-music concerts promoting understanding.

“All my life, when I can do something peaceful, I’ve tried,” Chalhoub says. “I was doing all these [concerts] to try to communicate and listen, because music is all about listening. I try to listen to my fellow human beings, wherever they come from. My collaboration [with Brook] was not directed for that particular matter, but it doesn’t have anything but peaceful collaboration. People can take it as collaboration on the human level. Music is such a beautiful subject to work with; there will be no place for hatred, just good.”