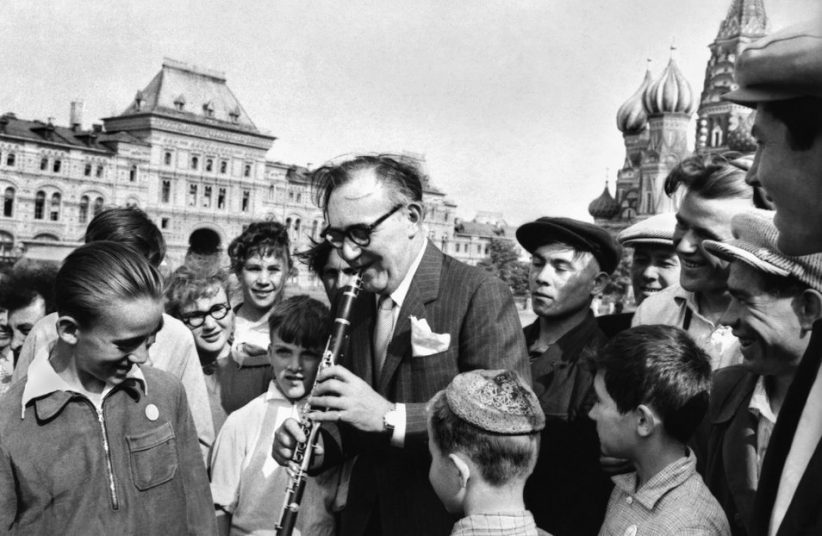 When one thinks of the orchestra of Benny Goodman, the “King of Swing,” it is of his breakthrough big band of 1935-38, the one that launched the swing era and featured the likes of Harry James, Gene Krupa, Ziggy Elman and (in Goodman’s trio and quartet) Teddy Wilson and Lionel Hampton. While that was BG’s most influential period, the truth is that the brilliant clarinetist cut some of his most exciting and adventurous recordings during 1940-42, when the swinging charts of Fletcher Henderson were joined by more advanced and unpredictable arrangements from Eddie Sauter and Mel Powell.

Mosaic’s limited-edition, seven-CD Classic Columbia and OKeh Benny Goodman Orchestra Sessions (1939-1958) includes all of the instrumentals Goodman cut for Columbia with his big bands, plus a few obscure vocals by Fred Astaire, Cootie Williams and the clarinetist himself. (Not included here are 42 more elusive alternate takes that have been released over the years by collector-geared labels.) The 1940 recordings feature such major soloists as trumpeters Cootie Williams and Billy Butterfield, the valuable trombonist Lou McGarity, pianist Powell and the leader. Highlights include “Zaggin’ With Zig,” “Superman,” “Moonlight on the Ganges,” “Scarecrow,” “The Count,” “The Earl” and “Clarinet à la King.” In addition, the enthusiastic 1945-46 band is well represented, there are three numbers from 1958, and rare albums from 1951-52 that have Goodman playing either Fletcher Henderson arrangements or being backed by a string section are reissued in full. It does seem strange that in later years Goodman neglected to revive the Sauter and Powell charts, for those challenging arrangements really pushed him to play at his most creative.

Artie Shaw, Goodman’s main competitor among swing era clarinetists, led as many big bands as he had marriages: six. The double-CD Complete Spotlight Band 1945 Broadcasts (Hep) includes all of the music from his half-dozen appearances in the Coca-Cola Spotlight Band radio series. This well-recorded release, with its 39 performances, is a must for swing fans. Roy Eldridge is the trumpet soloist during much of its first half before being succeeded by Ray Linn (who sounds a bit like Eldridge), and other key players include tenor saxophonist Herbie Steward, pianist Dodo Marmarosa and guitarist Barney Kessel. Dance-band numbers (featuring singer Imogene Lynn) and remakes of hits alternate with swing romps and thoughtful instrumentals. There are also five numbers by Shaw’s Gramercy Five. Shaw is heard throughout in top form.