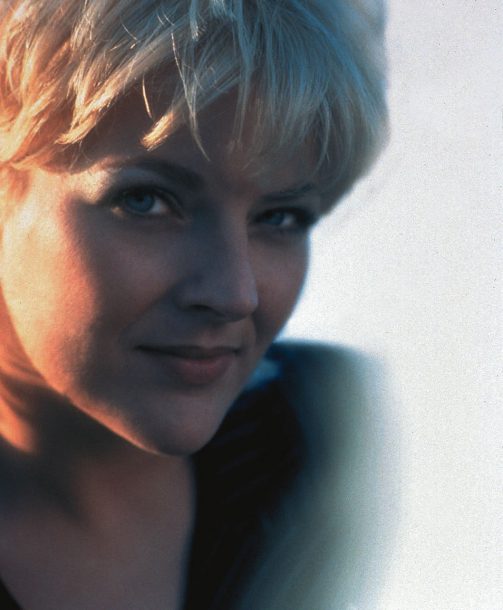 If you’re interested in finding out where the future of jazz singing is headed, you might want to pay close attention to Claire Martin, a 30-year-old chanteuse from Brighton Beach, England, whose latest recording on the Honest label, Make This City Ours, is steadily climbing the charts, even though she had only two days to make it all happen on a whirlwind trip to New York City.

“It was a lovely time and, really, the only way the album came together so quickly is because we had great musicians and great charts. The chemistry gave us good vibes, a positive attitude, and really good fun.”

Her success formula lies somewhere between being accessible to a large audience and enjoying the inherent freedom to improvise and swing within the jazz genre. “My favorite singer of all time is Shirley Horn, who’s a storyteller with her own personal touch and emotional feel. That’s what makes a good jazz singer-a bit of freedom in phrasing and the swing element. It’s the old question: Is Frank Sinatra a jazz singer? The man swings! Why do we have to stamp a label on it? As long as a singer can swing, that’s jazzy for me.”

Backing Martin on the recording are Gareth Williams on piano, Peter Washington on bass, Gregory Hutchinson on drums, Antonio Hart on sax, and trumpeter Gerard Presencer.

“Writing my own tunes and getting my own voice lyrically is where my heart lies now,” she said. “Singers can always draw on the standards of yesteryear, but when we start getting near the year 2000, it’s time for new stuff. We should never neglect the Cole Porters and George Gershwins, but I’ve never been a singer who relied on standards; the definitive versions for all of them have probably been recorded already.

“My big concern is making sure the songs I write are kicking enough to stand the test of time.”