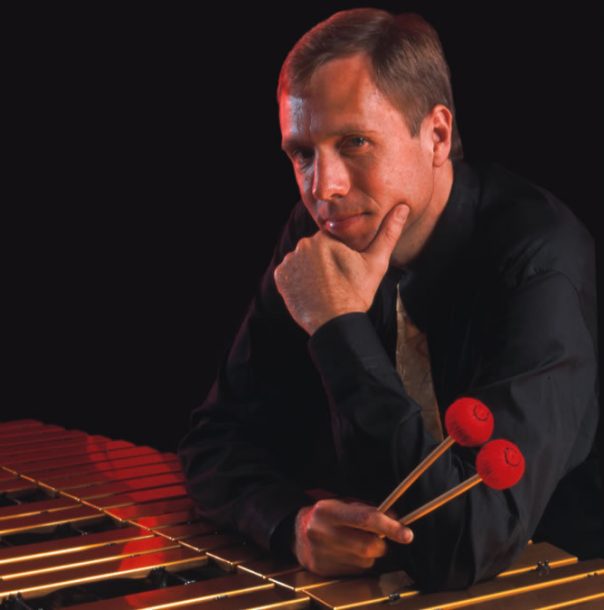 “At 43, I feel I’m just finding my own voice,” says Chuck Redd, by phone, from his home in Takoma Park, Md. In Redd’s case, that would be the dual voice of vibraphonist and drummer. Of the 43 recordings he has made, 28 are exclusively as a drummer, five find him doubling and the other 10 feature him on vibes alone.

Since his career was firmly launched as a drummer with Charlie Byrd in 1980, Redd has switched between the two instruments for tours of Europe, Asia and Africa (with Dizzy Gillespie). Although Redd seems to have found a more melodically and harmonically compatible voice with his vibes, he says, “I’ll never stop playing drums”-a vow he underscores by playing regularly with Loren Schoenberg’s New York City-based big band.

Vibist Redd’s latest album, All This and Heaven Too (Arbors), reveals his multifaceted approach to swinging romanticism, a respect for melody and adapting his improvisatory chops to older idioms as well as the most contemporary. It also provides a showcase for Redd as arranger and soloist. “Milt Jackson influenced me most heavily. He could make the vibes feel like a singing, breathing instrument. He had a rhapsodic way of arpeggiating chords with just two mallets.” You can hear that technique on the intro to “More Than You Know.”

As for the timbre of his vibes with the clarinet of Ken Peplowski, Redd reluctantly admits that the pairing might be superior to one with Peplowski’s tenor: “Only because we’re used to the Goodman-Hampton blend, but I like his tenor. Ken always throws strikes.”

Other talented sidemen on the drum-free All This and Heaven Too include George Mraz, whose bass is an ideal complement to Redd’s vibes, and guitarist Gene Bertoncini. One highlight is the contrapuntal dialogue between Redd and Bertoncini on “Bennie’s Pennies.” As Redd explains, “I always know what he’s doing. Sometimes I only hear him while trusting my instincts. I got that from Charlie Byrd and from being a drummer.”

The guitarist also influenced the Latinized version of “Indian Summer.” “Jim Hall and Zoot Sims always played it bright,” Redd says. “But with Gene on guitar, one of the best exponents of bossa nova, I couldn’t miss.”

Another can’t miss is what Redd calls his career highlight: “Two nights in Florida with Ray Brown, Monty Alexander, Tommy Flanagan, Herb Ellis and Joe Wilder. I was 27 and it was sheer exhilaration.”