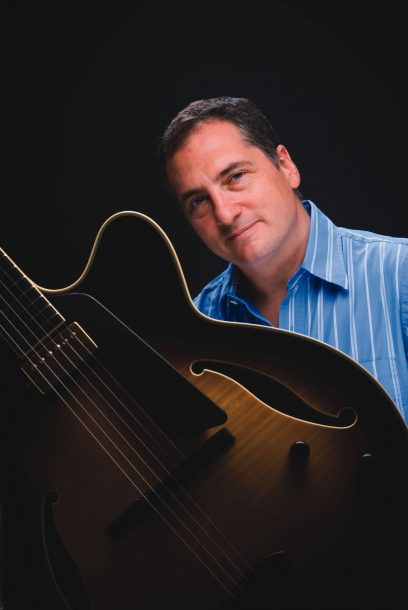 Chuck Loeb is the one you e-mail these days to add a hit to your smooth-jazz project, and he’s proved he can write ’em like the best. For those who have followed his career since the beginning, it’s bracing to realize he’s been making guitar-based instrumental jazz for 18 years now. If his dynamite new CD is any indication, it’ll be a while before he’s ready to watch the action from the sidelines as an elder statesman with nothing left to play but the oldies.

Loeb’s previous works have, for the most part, risen way above those of his contemporaries with their Wes-like guitar sound and punchy rhythms. Loeb hinted at a new direction with When I’m With You in 2005, a direction that’s finally been realized with Presence. Loeb’s emphasis on timeless, quality material is successful to the point where the two obvious hits, “Good to Go” and “Hangin’ With You,” are the weakest links.

But where the music is strong, it’s positively Herculean. The pensive “Starting Over” eschews an obvious hook while instead focusing on Loeb’s note playing, as does his tribute to an icon with “Mr. Martino.” The delightfully melancholy title track benefits from Josh Dion’s hushed drum strokes while “The Western Sky” is true to its title with twangy guitar runs and whip-like drum snaps. Even the vocal tune is sublime, with Chuck’s wife Carmen Cuesta’s Spanish and vocalese jazzing up the bossa “Llevame.”

Loeb has made a cool and progressive contemporary jazz CD that does the genre proud.