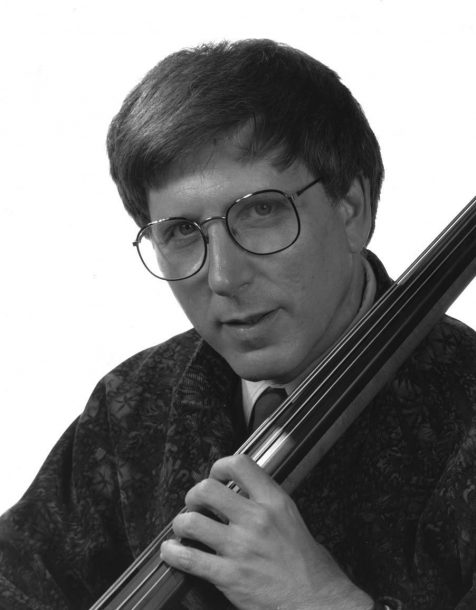 What a resume! Just out of Brandeis University back in the late ’50s, bassist Chuck Israels was part of a European group that included Bud Powell, Kenny Clarke and Lucky Thompson. And his first recording was the 1958 meeting between John Coltrane and Cecil Taylor, Coltrane Time. During the ’60s, he played and recorded with George Russell, Eric Dolphy, Herbie Hancock and spent five years as part of Bill Evans’ trio. In 1973, he formed the National Jazz Ensemble to present the great works of jazz in a symphonic, concert-like setting, the obvious forerunner to Jazz at Lincoln Center and the Carnegie Hall Jazz Band.

When his wife, soprano Margot Hanson, got a gig with the San Francisco Opera Company, they moved to California, and eventually to the state of Washington, where he now resides, serving as Director of Jazz Studies at Western Washington University in Bellingham and leading the Chuck Israels Little Big Band, which he describes as “a group with four or five horns that’s like the music I made with the Bill Evans trio, orchestrated.”

Not surprisingly, Israels is enthusiastic about his current activities, which include gigs with Barry Harris and a number of writing and conducting assignments with European radio orchestras. The Eindhoven Concert, a new release on Cleveland-based Azica Records, documents a 1996 concert by Chuck Israels and the Metropole Orchestra, the Dutch-based group, featuring trumpeter Claudio Roditi. “I spent about eight months writing the music that’s on this CD,” he reports. “It was fun because I was committed to creating something that was more than just a small group with orchestral sweetening.”

In addition to Harris, Israels has been working with “a remarkable 30-year-old pianist in Vancouver named Miles Black. Hopefully this summer, we’ll be playing at the Montreal Jazz Festival.” This guy is really something!