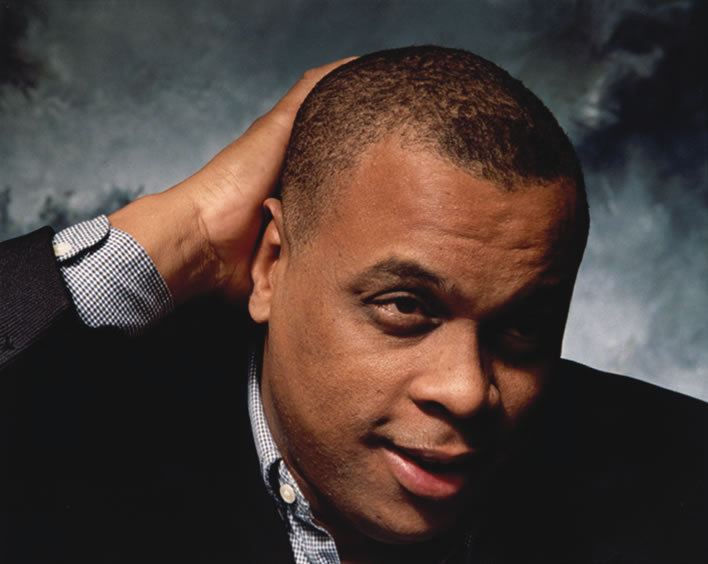 Jesus “Chuchito” Valdés Jr. is hoping to establish himself as a pianist, composer and arranger on his own merits and not as the son of Cuban jazz great Chucho Valdés. With a debut album, Encantado, on New York’s Town Crier Recordings, the eldest of Chucho’s five kids is brewing a nice blend of Afro-Cuban beats that swings with an awesome kick and a jazz spirit helped along by Australian saxophonist Laksar Reese.

“I began studying classical music as a boy,” says Valdés, 35, “but when I was 13 I put my piano studies aside to play baseball.” He eventually left the diamond for the conservatory, returning to La Escuela de Musica Ignacio Cervantes to specialize in classical and Cuban popular music.

Valdés’ awareness of jazz came early in life, when he heard his father playing records by Bill Evans, Erroll Garner and Oscar Peterson as well as those of his grandfather Bebo Valdés. “Whenever I write music I listen to him to get inspired,” Valdés says of his legendary piano-playing gramps. “Though I’ve never met him in person we write to each other and talk on the phone. He wrote the piece that opens the album, ‘Homenaje Bebo,’ but I gave it a more contemporary arrangement.”

On vehicles like “Impressions of ‘Take the “A” Train'” and “Giant Steps” the influence of his father and his Irakere band is obvious. Chuchito attended Irakere’s rehearsals as a youngster and the experiences impressed him greatly. “I would go with my father every day to rehearsals and see how Arturo Sandoval and Paquito D’Rivera would practice their passages. It was a great innovation in Cuban music and one of the best things that’s happened to me.” From 1997 to 1999 Chuchito played in the new generation of Irakere, following his father into the piano chair when Chucho left to pursue a solo career.

For Chuchito there was a lot he had to learn on his own given his father’s busy schedule. The montunos and bluesy jazz riffs he got from Chucho, but he paid his dues playing with Bobby Carcasses, Pello el Afrokan, Anabel Lopez and the Sonido Contemporañeo Big Band. Today he lives in Cancun, Mexico, with his family and has embraced jazz as his musical personality.

“Bebop is as hard to play as a danzon,” Valdés says. “You have to study a jazz piece to be able to interpret it the best way possible. What we take from jazz is the harmonic changes. It’s very advanced and stretches beyond the 7th note with open and closed chords, polyphony and other things that are helping us enrich Cuban music.”