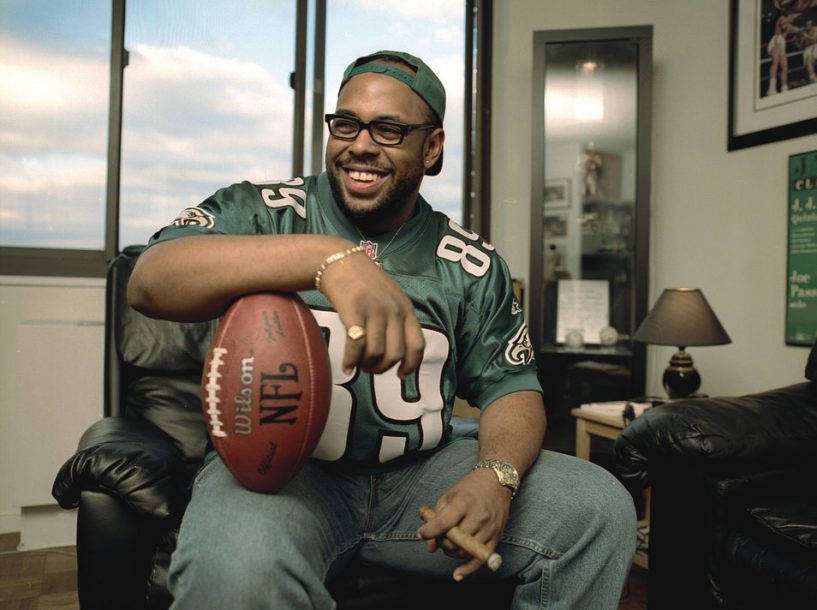 Any night bassist Christian McBride isn’t out on a gig, chances are he’s high above the Manhattan streets in his Upper East Side 32nd floor apartment watching ESPN and stinking up the joint with that unmistakable scent of manhood: cigar smoke.

It would be perfect if McBride, a proud Philadelphia son, kept his humidor lined with Phillies Blunts, but he’s an aficionado with puffing peers eager to judge him by the smokes he stocks-and McBride stocks the good stuff. “I just smoked this Nat Sherman Hobart,” he says. “Oh man, it was incredible. They have this sweet cocoa tinge, so you have this sweet aftertaste after you smoke it.” McBride loves that aftertaste. “I went to the Nat Sherman place about a week ago. I bought five of ’em. I almost killed myself smoking all those Nat Shermans in one day. I smoked two at one time, and I think I smoked a third one later that night.”

McBride is a busy man-he leads his own band; plays in Sting’s band; and does occasional gigs with the Philadelphia Experiment, a co-op group he formed with pianist Uri Caine and drummer/programmer Ahmir “?uestlove” Thompson of the Roots-but it’s probably not his hectic schedule that clouds his memories of those smoke-filled nights. More likely it’s the port wine he drinks while he smokes. That’s not to say McBride has a problem. His intake is fully under control. “Believe me, when I have a smokeout like that I have to lay off for about a good two weeks.”

If McBride does have an unhealthy addiction it’s to sports. “My mother teases me all the time because I have three televisions in my apartment and all three of them stay on ESPN, 24 hours a day,” he explains. “She says, ‘How do you know what’s going on in the world?’ But when there’s something big going on [ESPN] usually interrupts the game with a special report.”

From the look of his apartment-a large, two-bedroom crib strewn with of Philly sports artifacts-it’s hard to imagine that McBride’s mother’s teasing is inaccurate. Among the signed balls, team posters and personalized jerseys are the crown jewels: three Eagles football helmets, documenting the team’s changes in fashion from 1969 to the present, and two personalized Phillies baseball bats that read “Christian McBride the Bass Man” (Christmas gifts from a cousin who works for the team).

With no ball and chain or live-in girlfriend around to frown at or correct his decorating decisions, McBride, nearly 30, has created a true bachelor pad. The only thing missing is a urinal on the bathroom wall. It’s too bad he’s not in town enough to enjoy it year-round. As the artistic director of the new Dave Brubeck Institute at the University of the Pacific in Stockton, Calif., he’s more or less bi-coastal and admits that, “These days [I’m out of town] a little more often than I’d like to be.” Still, he’s quick to say he’s happy to be one of the most in-demand jazz bassists on the scene. And this year he’ll be making the calls himself as he works on his fifth album as a leader, his first for Warner Brothers, which he says will be “a trippy, spacey album” similar to his last, 2000’s Sci-Fi (Verve).

TV (other than ESPN): “I’m hooked on Law and Order. Jerry Orbach’s my man; I’m dying to meet him. I just have a feeling we’ll be best friends, something about his vibe on the show. No disrespect to Paul Sorvino, but when Jerry took over, the show got a different kind of spark.”

Books: “I just finished Q: The Autobiography of Quincy Jones. The way it’s laid out with Quincy having other musicians write their own stories. Clarence Avant was more or less like, ‘To hell with Quincy; he’s my friend but he’s got some shit he needs to get together.’ And Quincy didn’t take it out of the book, which I actually thought was kind of cool.”

Kiddie fun: “My drummer brings his PlayStation 2 on the road. We stayed up all night one night playing Madden and he killed me, man. He used the Vikings and of course I was the Eagles-gotta stick with the home team-but I’ll tell you, I’m good at it now, so it’s time for us to have a rematch.”