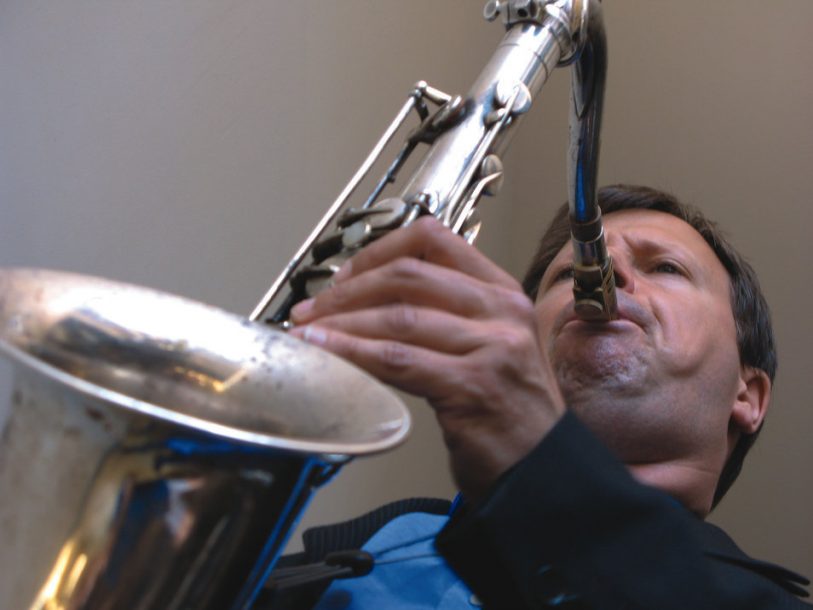 These two albums do more than highlight different facets of Chris Potter’s musicianship. They also present his take on two idiomatic choices that are highly popular in current jazz. Follow the Red Line: Live at the Village Vanguard is the second outing by his unusual electric-funk combo Underground. Song for Anyone is a lushly orchestrated statement for 10-piece ensemble, using strings, woodwinds, acoustic guitar and rhythm section. While Underground has a snarling, pared-down quality, the tentet offers a web of bounteous and intricate color. But in various ways the two worlds commingle and collide, testifying to the coherence of Potter’s artistry.

Red Line is Potter’s second live recording from the Vanguard. The first, Lift (2004), had Kevin Hays playing both piano and Fender Rhodes. In the new quartet, the Rhodes replaces not just the piano but the bass as well. Craig Taborn handled this role brilliantly on Underground, the band’s 2006 studio release, and he’s no less effective on the live tracks. Drummer Nate Smith, another partner from the first album, brings versatility and ample groove-power to the second. Adam Rogers, who played just a bit of additional guitar on Underground, took over for a busy Wayne Krantz and did the Vanguard date, playing a solid-body axe instead of his usual Gibson ES-335. His sound may be less distinctive than Krantz’s, but his chops and musicality-not to mention his tight rapport with the prodigious Potter-make Red Line an absorbing experience.