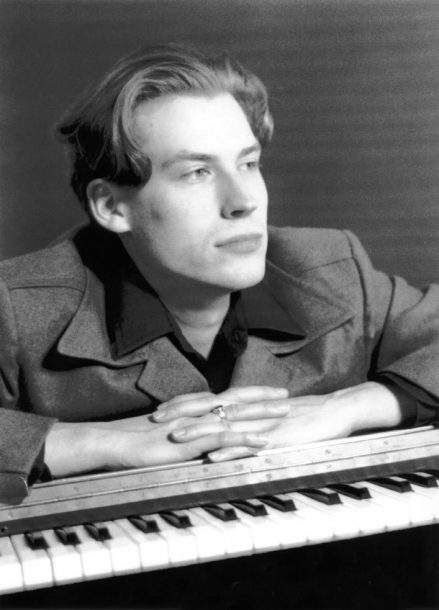 If a pianist’s treatment of “‘Round Midnight” can act as a barometer, carefully gauging a player’s actual worth on a tune impossible to fake, consider Chris Gestrin worthy. The Canadian pianist dropped Monk’s homage to the witching hour two years ago on Trio, his second disc for Maximum Jazz, and successfully tapped the standard for all its playful loneliness.

Knowledge of Gestrin’s ability to handle a standard ought to keep naysaying trad-jazz champions quiet when they hear the pianist’s debut Songlines disc, Stillpoint. Electronically generated atmospheres swell and fade as Gestrin finds his way through its dozen tracks with help from a band as reluctant to play too many notes as Gestrin himself. With its Moogs, samples and many-millisecond delays, Stillpoint sounds spacious, a quality further enhanced by Songlines’ SACD/CD hybrid pressing. And because the album lacks the head-solos-head arrangements of Gestrin’s earlier efforts, listening sort of puts you in the director’s chair. “It’s like a soundtrack to a film that doesn’t exist,” Gestrin explains. “I want people to be taken on a journey into their own imagination, and Stillpoint will be the soundtrack.”

Gestrin’s musical journey started at age six with organ lessons. “At the time I thought the piano was boring because it only made one sound,” he admits. It wasn’t Jimmy Smith’s sound Gestrin tried to coax out of the organ, however, it was the sound of German art-rockers Tangerine Dream. “I was actually into electronic music before I knew much of anything about jazz.” Gestrin, 30, discovered jazz in high school, realized that the piano is anything but boring and, upon graduating, crossed the continent to attend college at Berklee. Now back home in Vancouver, Gestrin is one of Canada’s in-demand players. Were he to move to New York City, he could make it big uptown or downtown, as his discography proves his ability to play inside or out.

But leaving home would mean leaving his Stillpoint cohorts behind and disbanding a quintet able to mix electronics and jazz in a surprisingly natural way. Witness how reedist Jon Bentley’s explorations into late-era Coltrane territory and Gestrin’s Evans/Jarrett/Ellington ruminations blend with the electronic atmosphere and you’ll be hard-pressed to deny that the band has drawn a blueprint for all other ambient jazzers to follow. Gestrin’s sparse sound spooks.