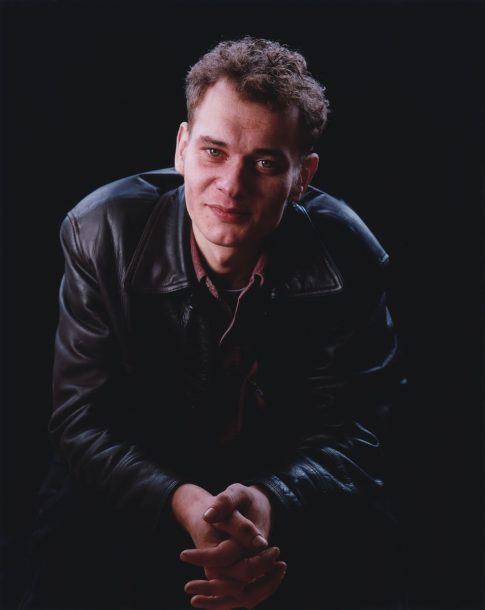 Chris Bowden’s new CD, Slightly Askew (Ninja Tune), opens with the riotous “Only Angst,” a tune that sounds like the alto saxophonist is purging demons out of hell. It could be the soundtrack for a remake of The Exorcist. “It’s very self-indulgent,” says Bowden, who wails away on the track amidst booming brass and woodwinds, shrill strings, discordant samples and thundering drums. “The whole thing was written during the time when I was moving from London back to Birmingham. There were some unpleasant reasons why I moved. This record was a relief and very therapeutic.”

Except for the pastel orchestrations on “Crockers and Killers,” Slightly Askew differs greatly from Bowden’s critically acclaimed 1996 debut, Time Capsule (Soul Jazz). Both albums feature a 21-piece ensemble and his otherworldly compositions, but whereas Time Capsule evoked the space and tranquility of an Icelandic landscape, Slightly Askew sounds muggy and claustrophobic.

After growing up in Birmingham, listening to mostly bebop, Bowden studied classical saxophone at London’s Trinity College of Music during the late ’80s. “It was totally a rubbish course. There weren’t any jazz courses in those days,” he laughs. “It was just an excuse to be in London.” Since then, he’s been on the forefront of the U.K.’s underground dance-music scene. From acid jazz to trip-hop to drum ‘n’ bass, Bowden has played a key role as an instrumentalist and/or string arranger for some of those genres’ biggest acts, like 4Hero and the Herbaliser.

“All that [electronica] music has been really healthy for the listening public,” Bowden says. “It’s about a lot of things that don’t have to be deeply complicated, but it definitely keeps people’s brains working more than mainstream pop.”

As a solo artist, Bowden’s lush, mostly acoustic music puts him at odds with the electronica underworld, though he’s quick to point out that his organic, freely flowing music doesn’t necessarily make him a jazz artist. “I don’t think I’ve ever said that I’m a jazz musician. I think of a jazz musician as someone like Wayne Shorter. I’ve got so much respect for jazz that I’ll be very reluctant to call myself a jazz musician. The thing that will always be in my music is improvisation.”