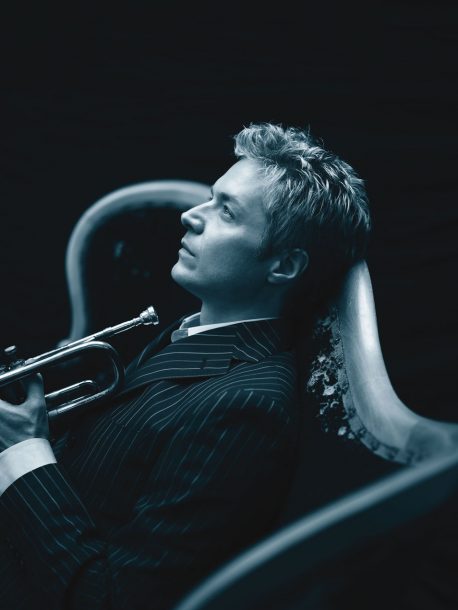 With Italia, trumpeter Chris Botti is now firmly planted in a multi-year homage to jazz classics with an emphasis on their softer side. Botti has made it clear that he’s inspired by the mellow side of Miles Davis and was taken with the idea of creating several mainstream jazz projects. Those waiting for the smooth-jazz follow-up to 2003’s A Thousand Kisses Deep might have to reconcile themselves to the hard fact that Botti’s smooth-jazz days could be over.

Italia is very much a worthwhile excursion into Botti’s Italian heritage and inspirations, although those who have worn out the grooves on When I Fall in Love and To Love Again might get that déjà vu feeling. As with those projects, the best songs come from high-profile duets. Familiar Botti contributor Paula Cole shows more vocal range and expression in “The Very Thought of You” than most singers manage in a lifetime, while Andrea Bocelli does the same on the title track, one of two original songs on Italia. The other, “Venice,” was co-written by David Foster and is the closest thing to a smooth-jazz song Botti has created in four years. Finally, there’s the classic “I’ve Grown Accustomed to Her Face” which-thanks to modern technology-allows Botti to duet with the late, great Dean Martin. Many are turned off by these grave-robbing excursions, but this one sure sounds cool.

Italia begins with “Deborah’s Theme” from Sergio Leone’s masterful 1984 film Once Upon a Time in America, which portrayed the lives of Italian-American gangsters. It’s a perfect trumpet-and-strings prelude for the project, and along with “Gabriel’s Oboe” from the film The Mission is one of two songs on the CD written by famed Italian composer Ennio Morricone. While those tracks are somewhat obscure, Botti digs into several classics. He tackles the Rodgers and Hart standard “It Never Entered My Mind,” which Davis also famously performed, so you have to admire Botti for putting his work out there to compare to the master. Elsewhere, Botti nails “The Way You Look Tonight” (the classic-jazz walking bass line is a treat), and conveys emotion on one of the most emotional pieces of all time, “Nessun Dorma.” Backed by a choral section, Botti also hits an emotional high on “Ave Maria,” the poignant and emotionally charged religious aria.