Skip to content
Become a member and get exclusive access to articles, live sessions and more!
Start Your Free Trial
Home > JT Archives > Chick Corea’s "In the Spirit of Mozart" & the Herbie Hancock Quintet 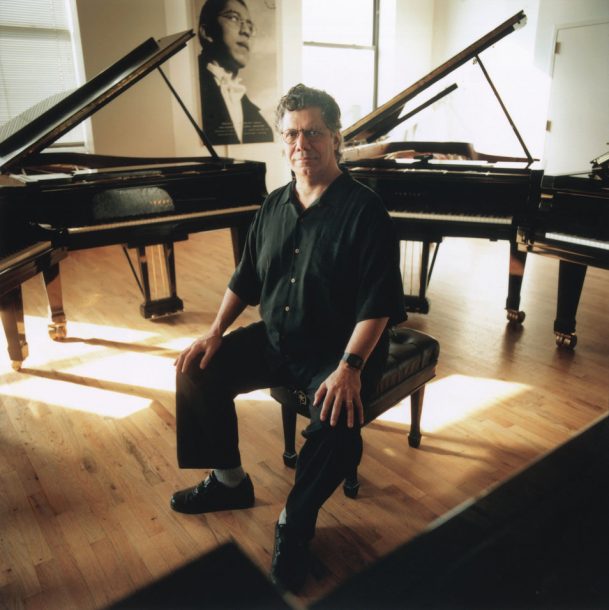 The Vienna Jazz Festival gives the traveler good incentive to plan a Vienna visit in late June/early July. The festival takes place over the unusually long timeframe of 18 days and is held at 11 venues. Three of them-the MuseumsQuartier, the Fernwaerme and a landmark venue for classical music, the Staatsoper-are tourist attractions even when they don’t actually present music. The concerts I was able to attend garnered large audiences despite competition from the final rounds of the World Cup. Like many contemporary jazz festivals, artists offering little or no jazz content like Randy Newman, the Neville Brothers, Richard Galliano, Gotan Project, Sergio Mendes, Level 42 and Percy Sledge were included, but most days offered at least one artist who would be considered jazz by even the most narrow-minded follower. Enough is going on that a music lover might find it difficult to choose between simultaneous concerts at different venues. I sure did.

The best concerts I was able to attend took place at the Staatsoper, which exemplifies why many musicians claim to be better presented in Europe than in North America. The Staatsoper has few seats where audience members feel distant from the performers and none in which the music cannot be clearly heard. The hall was, of course, designed to present acoustic instruments and, judging from Mendes’ and Hancock’s performances, probably presents some difficulties for balance when amplified instruments, trap sets and percussion are used. Completely inaudible electric bass and electric guitar as well as overly loud drums and percussion marred Mendes’ set. Mendes, his group’s vocalists and his other keyboardist sounded as if they were accompanying the drummer and percussionists instead of vice-versa.

Fortunately, none of these problems were present when the Chick Corea (pictured) Quartet and about 30 members of the Bayerische Kammerphilharmonie premiered Corea’s “Piano Concerto No. 2-The Continents, In The Spirit of Mozart,” a composition commissioned in conjunction with the 250th anniversary of Mozart’s birth. The excellent aural balance achieved by what must have been near perfect microphone placement, high standards of musicianship, and an excellent relationship between the composition’s orchestration and the attributes of the Staatsoper made the sheer sound of the performance a great pleasure to hear. The composition itself, which is divided into segments representing each of the continents with the exception of a combined North and South America, ranged from interesting to beautiful, and Corea and bassist Hans Glawischnig, a native Austrian, played inspired solos throughout. The group was brought back for two deserved encores, both of which were performed without the chamber orchestra. While the difference between experiencing the piece live and home listening might be disappointing, a recording of “Concerto No. 2” would make a welcome addition to Corea’s discography.

Herbie Hancock performed three nights later with a group of relatively young musicians, all of whom used electric instruments to some extent while Hancock alternated among piano, electric piano, synthesizer and laptop. The group did not suffer most of the same problems as Mendes, but it was often difficult to hear electric bassist Matt Garrison, whose chording and double stops were largely lost to the audience. Otherwise, all of the instruments and the singing of violinist Lili Haydn and guitarist Lionel Loueke projected well, which was doubly rewarding since much of the music was excellent. Hancock was clearly inspired on this evening, perhaps because of the presence of musicians who were chosen for their ability to bring something other than bebop training to the party. Both Loueke and Haydn contributed original pieces that they sang and were featured on. Loueke’s opened with some long, extremely percussive unaccompanied guitar playing in an unusual tuning and employing a muting device that generated very interesting new sounds from the instrument. The group interacted positively and freshly on these and familiar Hancock pieces such as “Actual Proof,” “Maiden Voyage” and for an encore, “Chameleon.” Drummer Richie Barshay used a mixture of traps, ceramic drums, and electronic and other percussion to excellent effect and with a wider range of wisely chosen sounds than most of his contemporaries. Each of the pieces performed lasted at least 15 minutes, but there were few uninteresting moments. The group’s performance was a pleasant reminder that electric need not stand for loud, distorted and insensitive.

Seeing Hancock and Corea for the first time in many years in a great hall performing new music was a very worthwhile and, at times, thrilling experience. Both performances benefited from the use of fresh formats, unlikely instrumentation, a great hall and younger musicians who inspired their elders.