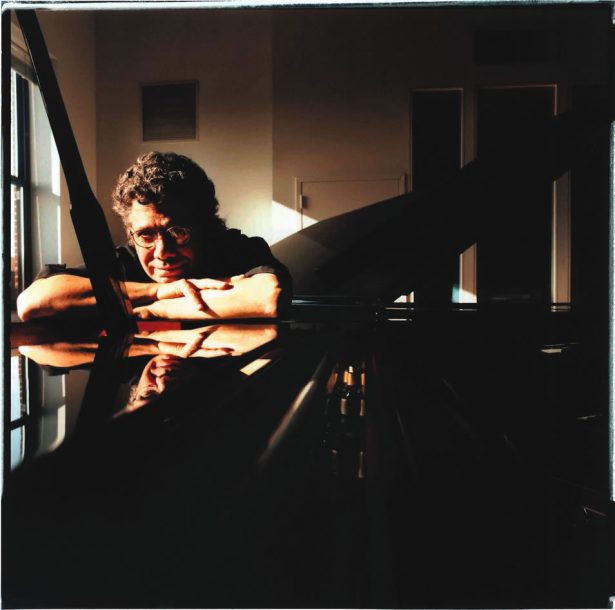 In late 2001, Chick Corea celebrated his 60th birthday with a three-week acoustic engagement at the Blue Note in New York City. The musical party included Corea in nine different musical settings, from duos and trios to larger ensembles. A double-CD amuse-bouche came out a couple years ago, and now we have a 10-disc DVD set to feast on.

The first course is a disc devoted to the intimate, playful collaboration between Corea and Bobby McFerrin. Corea’s pianistic brushstrokes on “Istanbul in F” and creative comping on “Autumn Leaves” would throw a lesser singer, but McFerrin has never been more musical, spinning theme and variations, effortlessly flipping between chest voice and falsetto. The two also romp through “Spain” with special guest Bela Fleck. There’s a last magic moment toward the end of the set when they begin Charlie Chaplin’s bittersweet “Smile.” After a couple of choruses, Corea continues to play as McFerrin comes off-stage and asks if anyone knows the song. He hands the microphone and lyrics to a woman in the front row and she nails it, leaving McFerrin with a Cheshire cat grin.

Disc two offers up a set by the much-celebrated Now He Sings, Now He Sobs trio, with bassist Miroslav Vitous and drummer Roy Haynes. No surprise that Corea and Vitous play so well in this setting, but I couldn’t take my eyes off of the then 76-year-old Haynes, who displaces time and turns up the heat on “Matrix” and kicks everyone’s butt on “Rhythm-a-Ning.” Corea also devotes separate discs to two other trios: his Akoustic Band, with bassist John Patitucci and drummer Dave Weckl, and the New Trio with bassist Avishai Cohen and drummer Jeff Ballard. It’s fun to hear Weckl play on a smaller kit in this acoustic context, and their arrangement of “Spain” has a very different time feel, including a samba section with Weckl tapping accents on snare rims. The New Trio set includes Corea’s passionate “Anna’s Tango,” framed by Cohen’s dancing arco solo and Ballard’s stick-free drumming.

The disc by the Remembering Bud Powell Band is notable for the pianist’s stunning piano intro on “Oblivion” and his trading telepathic eights with Haynes on “Glass Enclosure/Tempus Fugit.” Later, Terrence Blanchard and Joshua Redman tear off a piece of “Un Poco Loco,” and it’s a kick to see several in-the-moment shots of Christian McBride reacting to Haynes. Unfortunately, a disc featuring Corea’s Origin sextet was missing from my sealed box, but the two Corea duets with vibraphonist Gary Burton and pianist Gonzalo Rubalcaba are conversational and contemplative.

The final course comes with the Three Quartet Band, featuring saxophonist Michael Brecker, bassist Eddie Gomez and drummer Steve Gadd. In some ways this is the most intense music of the entire box set. Described as “chamber music for a jazz quartet,” it’s complex and open ended, the spirit is strong and the playing virtuosic without any self-indulgent flash. Especially compelling are Gomez’s nimble solos and Brecker’s Coltranesque cries.

With so much great music it’s hard to quibble or dwell on shortcomings. But it’s a little puzzling that a 10-disc set of DVDs only lasts 7 hours, 39 minutes. The high-definition image quality is crisp, though the lighting is a little dark on the trios and larger groups. Sound quality is generally very good throughout. The direction is occasionally frustrating, with a few too many cliched shots of disembodied hands on instruments. With six cameras I would have expected something as hip as the music. There are a few typos and mistakes in the liner notes, and Corea is certainly more articulate playing than speaking. But I like B.B. King’s quote about Corea on the bonus disc: “When you’re around him it’s like being a moon when the sun hits you.”

Also out is a single disc DVD of the Chick Corea Elektric Band at Montreux in 2004, with saxophonist Eric Marienthal, guitarist Frank Gambale, electric bassist John and drummer Dave Weckl. While these are all great players, the heavy-handed display of chops is exhausting, and a little bit goes a long way.