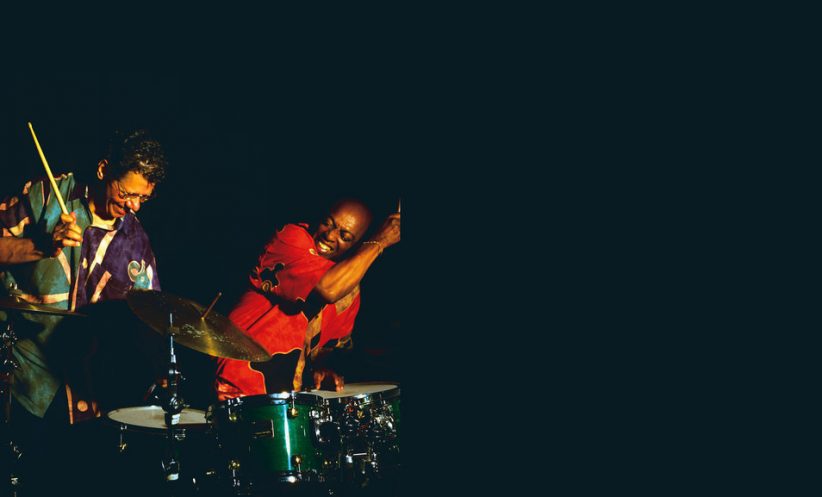 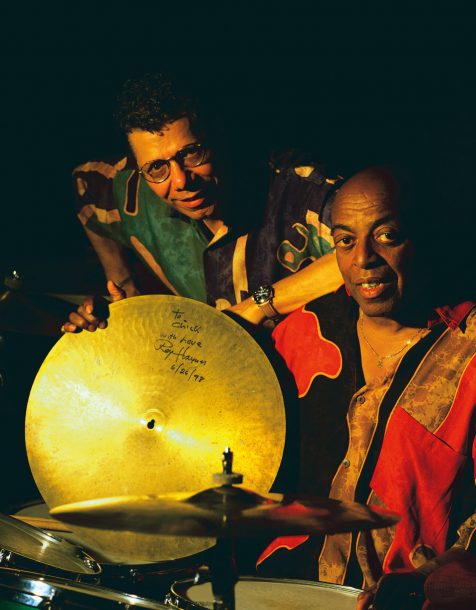 Put two old friends and musical colleagues like Chick Corea and Roy Haynes in the same conversation and mutual admiration is likely to be deep in the house. Their collective experience would make for a thick volume of jazz history. The always ebullient Haynes arrived first at the appointed time in New York City, coming in out of the pouring rain, toting a silky, dusty-rose colored suit for the afternoon’s photo shoot. Full of youthful fire and devil may care attitude, he proceeded to sit down at a studio drum set and warm the room, as if to rid the space of any lingering demons. The somewhat more exacting Corea arrived later, confident of what ground rules he wished to establish for the photo session. He brought with him several stylish outfits, including a loosely tailored Oriental suit. Throughout the afternoon an air of formidable artistry permeated our encounter.

Drum/piano partners since a 1968 Corea recording date, Haynes and Corea have a relationship that extends well beyond the bandstand. The affection and respect they have for each other couldn’t be more obvious. We caught up with them in the midst of busy schedules. Chick was just back from his Origin band tour. (“I’m sleeping the tour off,” he joked). Roy was excited about a new recording.