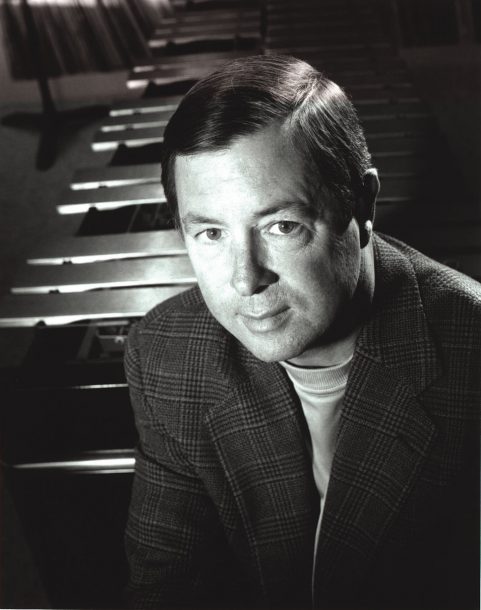 Charlie Parker and Ted Williams dominate Charlie Shoemake’s living room and his philosophy. Huge photographs of the bebop genius and the baseball hero hang opposite picture windows that give Shoemake and his wife Sandi their view of the Pacific Ocean. They live in Cambria, halfway up the coast between Los Angeles and San Francisco. The area’s most famous resident was William Randolph Hearst, who died in 1951. San Simeon, the newspaper tycoon’s castle in the brown hills just outside of town, is Cambria’s main attraction. Its second may well be the Shoemakes’ Sunday concerts with guest stars.

How a jazz vibraphonist and his singer wife ended up succeeding in a seaside town that thrives on tourism and retirees is a story of dedication, knowledge, hard work and the ability to spot trends. Shoemake’s debt to Parker and Williams goes back to his days at Austin High School in Houston. He was developing as a pianist doubling on vibes, and as an outfielder whose hitting clout made him a unanimous all-city choice and caught the attention of the St. Louis Cardinals. He was 17. The Cardinals sent Shoemake to a tryout camp. They made him an offer to go with one of their farm teams, but music had a stronger pull. Parker’s spell was as powerful as Williams’, and the boy put his analytical ability to work.

“People say, ‘Wow, you could have played with the Cardinals,'” Shoemake says. “Well, maybe. I’ve been asked a lot whether I regret not going that way, especially with the salaries now. The thing is, the salaries weren’t like that then, not even close. The best guys in jazz were probably making more money than most guys in big league baseball in 1955. If I had gone that way, I would have had to put in the same amount of work as I have with music, maybe more.”

Work seems never to have bothered Shoemake. He says he understood early on that his idols in music-Parker, Bud Powell, Sonny Rollins-achieved their mastery in the same way that Williams did, through “dedication, constant practice to get better and better.” Shoemake recalls Parker’s reply when Paul Desmond asked him in 1954 on John McClellan’s Boston radio program about his early practice routine:

After a pause, Desmond says, “Oh.” Another pause. “I guess that’s the answer.”

“It was the answer,” Shoemake writes in the notes for his new CD, Vibes Master (CMG). “It is currently the answer. One hundred years from now, it will still be the answer.”

In 1956, when Charlie Shoemake moved to Los Angeles, it was the center of West Coast jazz, many of whose stars settled in Southern California in the early ’50s when they left the bands of Stan Kenton and Woody Herman. Shoemake was in a younger jazz generation whose members grew up in L.A. or migrated there in the mid-’50s, and many of them went on to make their marks. Among those he met and played with were Charles Lloyd, JoAnne Brackeen, Charlie Haden, Billy Higgins, Don Cherry, Terry Trotter, Les McCann, Mike Wofford and John Guerin. He played piano for well-known West Coast figures like Art Pepper, Herb Geller and the Lighthouse All-Stars. Toward the end of the ’50s, as rock ‘n’ roll increasingly dominated popular music and the work of many jazz artists became more complex, popular taste went with the simplicity of rock. Jazz work began to evaporate. The phenomenon affected even established players like Geller. Shoemake remembers riding with the alto saxophonist to a gig.

“It was in 1958. Herb was driving us out to El Monte to play a strip joint. I was subbing for Walter Norris. Herb was a big Dodgers fan and was listening to Vin Scully’s play-by-play. Between innings, I told him about my experience with the Cardinals, my love for music and my choice of the jazz life. There was a brief pause, Herb swerved, almost drove the car off the freeway and shouted, ‘You mean you gave up baseball for this shit?’ Over the years, I’ve laughed with him a lot about that one.”

In the 1960s, Shoemake and most other young jazz players in Los Angeles took whatever work they could get to stay in music. For Shoemake, that meant playing for show business functions and accompanying singers, including, to mention the extremes, Sue Raney and Eddie Fisher. In 1959, Shoemake married Sandi Bumgarner, for two years the vocalist in Si Zentner’s big band. When the Zentner job ended, she sang with Shoemake on his occasional jazz gigs, and went into the Hollywood studios for choral work on television shows and in commercials. Soon, Charlie also ended up in the studios. Inspired and encouraged by pianist and vibist Victor Feldman, he returned to the vibraphone, took a year off to practice while Sandi supported them, and found himself in demand to play vibes and percussion on movie and television sound tracks by Quincy Jones and Lalo Schifrin, among others.

The Shoemakes’ son Tal was born in 1960. The studio work brought income for their expanded family but did little to satisfy Charlie’s musical needs. In late 1966, he accepted George Shearing’s offer to play with the Shearing Quintet on a five-week tour. The five weeks stretched into nearly seven years, during which Shoemake’s colleagues in the quintet included guitarists Joe Pass, Ron Anthony and Pat Martino, bassists Bob Whitlock and Andy Simpkins, and drummers Colin Bailey, Harvey Mason, Stix Hooper and Vernel Fournier. Shoemake took a little heat from colleagues who thought he was making a bad career move when he left the security of the studios for the Shearing job.

“A number of talented guys doing studio work really wanted to be out in front of the public either in jazz or classical music,” Shoemake says, “but they’re doing what they do for the money. When one of their own makes a break like I did, they look at their own scene and it can be a bit uncomfortable for them.

“George always had a superb band, and he had a huge following. When we appeared, the houses were often packed. It was a kick to play for audiences who were receptive and knew what they were listening to. I thought that, in the long run, going with him would be the right thing to do. As it turned out, it was the right thing, at least for me.”

Committed to being at home for his son’s teenage years, Shoemake left Shearing and the road in 1973. He saw that jazz work had deteriorated even further in L.A. and had no interest in returning to the enervating studio scene. With the Shearing credential and a solid reputation for the quality of his soloing, he made another move that is unlikely to show up in career-

planning manuals: He opened a school for improvisation; he was the school’s president and faculty. Shoemake believed that he could develop a demand for the teaching of improvising built on the study of master soloists and an absolute grasp of musical content.

“I felt that it was important for horn players as well as keyboard players to understand all of the chords of the songs they’re playing and be able to react from that knowledge,” Shoemake says. “When you’re playing a tune, it’s like watching the stock market, where the tape is going by with all the little numbers. Well, the chords are going by in the song and you’re supposed to know exactly where you are, and that on bar 14 it’s a G-minor 7th with a flat five. Eventually, when you do that over and over again, you get to a point where the real music comes out. The teaching was very academic, but toward a goal of being free. I just felt that you couldn’t achieve freedom without all of the homework.”

Shoemake’s friend Phil Woods frequently makes the criticism that schools are turning out jazz musicians who understand the academic stuff, but that they all sound alike.

“He’s absolutely right,” the vibist says. “They only go to the first part. It’s like baseball. They try to single to get a home run. It is a danger, because if you really learn all of the chords of the tunes and the scales that go with them, you can go on automatic pilot. You don’t make any mistakes, you don’t sound dumb, but you’re also not saying anything personal. It’s just a matter of not putting in enough time. There are a lot of guys who know everything, but they don’t sound like anything. So, you have a choice. Some people don’t know and don’t want to know, and they can get in touch with their personalities a lot quicker because they’re not burdened by the academic problems. Chet Baker is my prime example. It’s just that most people can’t do that. How many Chet Bakers are there?”

Shoemake’s students learned to play transcribed solos of Charlie Parker, Fats Navarro, Hank Mobley and other giants, and, most important, to understand from the inside out how the soloists’ note choices related to the harmonic structures of the tunes. The word about the school got around, and before the Shoemakes moved to Cambria, more than 1,500 students had learned his methods. They included trombonist Andy Martin, saxophonists Ted Nash and Tim Armacost, pianists Cecilia Coleman and Keith Saunders-all players in constant demand for their solo abilities and all-around musicianship. Even smooth-jazz performers Dave Koz and Richard Elliot have credited Shoemake’s role in their early development.

“I started studying with Charlie at age 14, before I had even heard of Charlie Parker,” Nash says. “Actually, our family Mynah bird was named Charlie Parker, and I didn’t know why. During my first lesson, Charlie had me memorize a Bird solo on ‘Air Conditioning.’ That was it. The jazz bug grabbed me right then and never let go. I can still play that solo. I believe Charlie was one of the most important people for me in terms of becoming a jazz musician.”