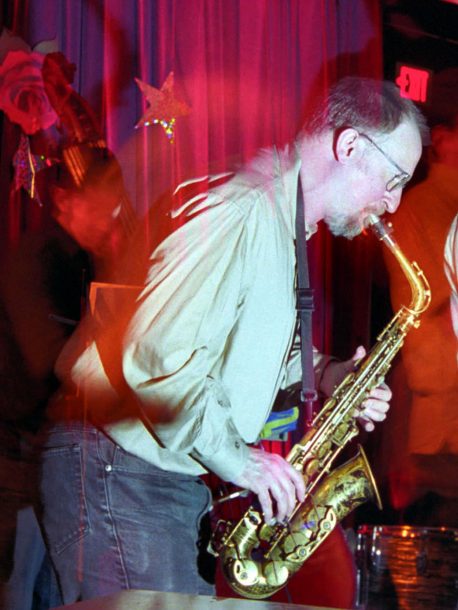 Should a firespitter like Peter Brotzmann title a recording something brazen like Play Free or Die, fans would probably take the hint and back away from their speakers. When saxophonist Charlie Kohlhase does just that, it’s not the same thing. His new recording, a double-disc live documentation of his quintet, does include plenty of free improv, but not of the razed-earth variety. The free passages share space with full-chested swing, sharp arrangements and the kind of broad humor Kohlhase gleaned from his mentor, Roswell Rudd. As Kohlhase (pronounced coal-haze) points out, the title isn’t to be taken literally. It’s actually a bit of a jab.

“[The title] basically comes from the frustration of trying to do new music in New Hampshire. I was first starting to get into playing that kind of music and it was so frustrating dealing with the jazz establishment up there. Sad to say, but the attitude is not much better 25 years later,” he says, pointing out that his new release draws from taped concerts in every far-Northeastern state save for his home one. The cover of the recording, it must also be said, depicts New Hampshire’s license plate with its motto slightly altered.

Kohlhase may not have much time for his home state, but he has operated out of the Northeast for years, concentrating his efforts in the Boston area and splitting time between his own groups and what became a 14-year run with the Either/Orchestra. Kohlhase finally parted with the E/O two years ago so he could concentrate on his own bands. Since then, he’s followed Live! (Creative Nation), a recording featuring his local quintet the CK5, with Play Free or Die (Boxholder), a recording of the long-standing Charlie Kohlhase Quintet. And yes, they are different bands. “Even our fans get confused,” Kohlhase says.

Play Free or Die would have been out sooner, but Boxholder wanted to put some space between it and Eventuality (Nada), a recent Roswell Rudd-Charlie Kohlhase Quintet recording that pulled down great reviews but has little distribution. “No one can find it anywhere in the world. It’s a great album but it’s a top secret album.”

Kohlhase gives full exposure to his quintet on Play Free or Die, but the Rudd influence certainly carries over. “Rudd and Steve Lacy really affected me deeply at a formative stage. Their music has a sense of humor-among other things. I’ve come to feel that’s very important.”