Skip to content
Become a member and get exclusive access to articles, live sessions and more!
Start Your Free Trial
Home > JT Archives > Charlie Haden with Gonzalo Rubalcaba: Land of the Sun 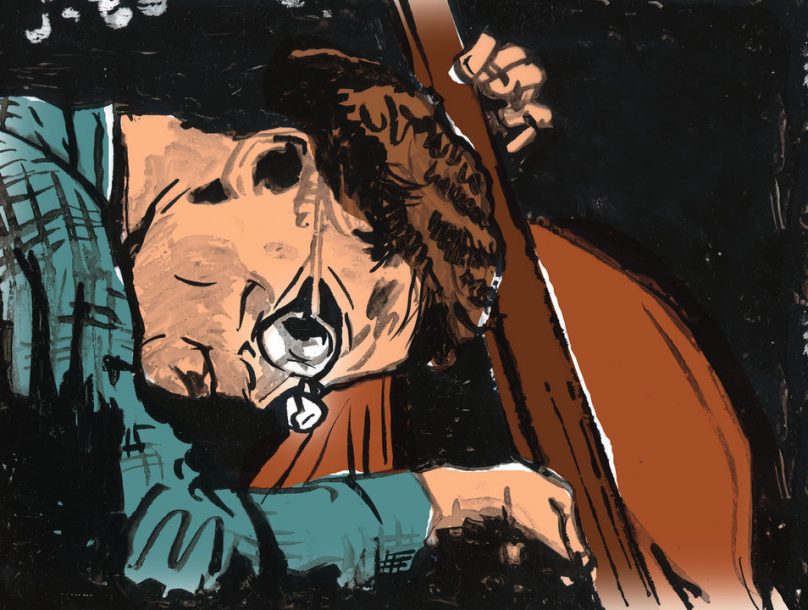 Surprising as it may seem, Charlie Haden, who shook jazz’s foundation playing bass in Ornette Coleman’s first quartet, is now recording Latin American lullabies. With 2001’s Nocturne he consummated his love affair with the bolero, teaming with pianist Gonzalo Rubalcaba, drummer/percussionist Ignacio Berroa and several guests (including Pat Metheny and Joe Lovano) on a rigorously mellow set of Latin ballads. Now, after detouring with the puzzling American Dreams in 2002, Haden offers chapter two of his bolero book, Land of the Sun, a study in muted, calming colors, silky-smooth tempos and cascades of pure melody. Haden achieves a greater rhythmic and tonal variety here than on Nocturne, but as before, he can be repetitive and, at times, overly sweet.

One song on Nocturne, “Nocturnal,” was written by the Mexican composer Jose Sabre Marroquin. On Land of the Sun, Haden devotes 80 percent of the program to Marroquin’s sensual compositions. Sharing album-cover billing with Haden this time, Rubalcaba invests tremendous soul and sensitivity in the material. Berroa also returns, with his flawless time and delicate brushwork. The recording is beautiful: one can hear the falling weight of fingers against keys, not to mention every detail of Berroa’s percussion. (But to hear Berroa and Rubalcaba really flex their muscles, pick up Rubalcaba’s new Blue Note release, the gripping Paseo, featuring electric bass virtuoso Jose Armando Gola.)

Compared to Nocturne, Land of the Sun has thicker orchestrations and more solos per song. There are four horns, deployed in various combinations. Joe Lovano returns for several meaningful cameos, including “Esta Tarde Vi Llover (Yesterday I Heard the Rain)” an Armando Manzanero piece that Claudia Acuna devoured on her latest MaxJazz release, Luna. Miguel Zenon, an ambitious composer in his own right, plays written parts and several searching alto solos. Trumpeter Michael Rodriguez and flutist Oriente Lopez create a wonderful sonic blend on “Cancion de Cuna a Patricia (Lullaby for Patricia)” and “Cuando Te Podre Olvidar (When Will I Forget You)”; both solo with poise on the concluding “Cancion a Paola (Paola’s Song).” Pat Metheny doesn’t appear on this album, but guitarists Larry Koonse and Lionel Loueke capture something of his spirit.

“De Siempre (Forever),” like “Nocturnal” and “El Ciego” from Nocturne, has an ahead-of-the-beat push that sounds utterly authentic; this is dance music, after all, and Haden and friends convey an infectious sense of momentum. The core trio shines on the no-frills “Solamente Una Vez (You Belong to My Heart),” but this only accentuates the fluff factor of the next track, “Nostalgia.”

For all his avant-garde credentials, Haden has long been devoted to “the art of the song,” to cite the title of his 1999 release with Quartet West. One can draw a straight line from his Ozark folkie roots to his disarmingly straightforward duets with Metheny, Hank Jones and many others. A lover of undisguised melody, Haden is a musical populist, eager to connect with his listeners. Marroquin’s attractive songs are a good bet in this regard.

Haden is also a political animal, and his convictions have led him to shockingly disparate places, from the adventurous work of the recently revived Liberation Music Orchestra to the treacly rendition of “America the Beautiful” on American Dreams. Haden intended the latter not as facile patriotism, but rather as a paean to an ideal America of the left-wing imagination. As he recently told Mark Miller of Toronto’s Globe and Mail, “If the country could be the way the founding fathers wanted it to be, we’d be well-liked all over the world, and 9/11 would never have happened.”

This is naive at best, and if muddled thought makes for muddled music, no wonder “America the Beautiful” fell as flat as it did. The understated, apolitical Land of the Sun is a gem in comparison.