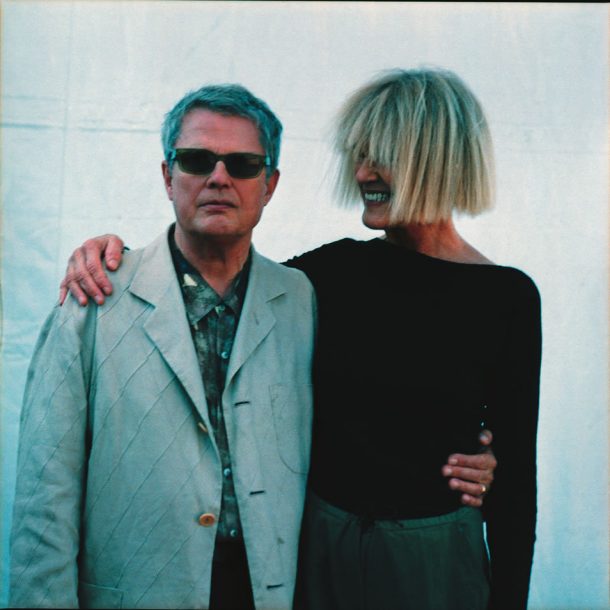 On the eve of the 2004 presidential election last November, Charlie Haden’s Liberation Orchestra played at the Village Vanguard on a Monday night normally reserved for the Vanguard Orchestra. Most of the folks in the Vanguard that night, Haden included, were hoping for regime change. The following night, Haden was seated in front of the TV, watching the election returns with writer Jay Cocks of Newsweek. As the evening wore on, things began to look bleaker and bleaker for the Democrats, although Cocks optimistically offered, “Look, maybe things will change by morning.” Pragmatist Haden responded, “Don’t be so sure. These guys have got it all wrapped up. They already made sure of it.”

With George W. Bush winning again, Haden and the Liberation Music Orchestra recorded Not in Our Name (Verve), a biting indictment of the president’s administration. As lifelong activist Haden writes in the liner notes: “We were hoping sanity and justice would prevail. They lost out to greed, cruelty and injustice. The machine won the election again by hook and by crook; the way it won in 2000. We want the world to know, however, that the devastation that this administration is wreaking is not in the name of many people in this country.”

Not in Our Name continues the upstart stance that Haden had established in more than 35 years ago with the Liberation Music Orchestra’s self-titled debut, which blended experimental big-band jazz with protest songs of the Spanish Civil War. As Haden is quick to point out, all four Liberation Music Orchestra recordings have been made under Republican administrations. “The first one was done under Nixon and the specter of Vietnam; the second one [1982’s Ballad of the Fallen] was done under Reagan and El Salvador; and the third one [1990’s Dream Keeper] was done under Bush’s father. With this one, I couldn’t really sit back and see these guys getting away with whatever they wanted to get away with. I couldn’t just sit on my hands. So I called Carla [Bley] and said, ‘This is something we have to do,’ and she agreed with me. And I was holding music just in case this happened again.”

Bley’s brilliant arrangements underscore pieces by Antonin Dvorak (“Goin’ Home” from the New World Symphony), Samuel Barber (“Adagio for Strings”), Bill Frisell (“Throughout”) and Pat Metheny (“This Is Not America,” which is interspersed with sly quotes from “Dixie,” “The Star Spangled Banner” and “Battle Hymn of the Republic” dropped in for ironic effect). Another standout piece is a potent, 17-minute medley of “America the Beautiful,” the African National Congress anthem “Lift Every Voice and Sing” and Ornette Coleman’s “Skies of America.”

Haden says the provocative album title came from LMO alto saxophonist Miguel Zenon. “We were in the middle of a European tour last summer and Miguel came up to me at some point and said, ‘Man, I just had this dream last night that you should call the album Not in Our Name.’ And I thought that was a great idea.”

Haden adds, “In retrospect, I really wished that this recording could’ve been done a year earlier and had come out before the election. I kind of knew somewhere in some corner of my soul that the Republicans were going to steal the election again anyway because they’ve got so much power. But what they’ve done since the election is even worse. And as each day goes by it gets more frightening, and they’re getting away with it. So I’m glad that this record is going to stand as some kind of quiet protest.”