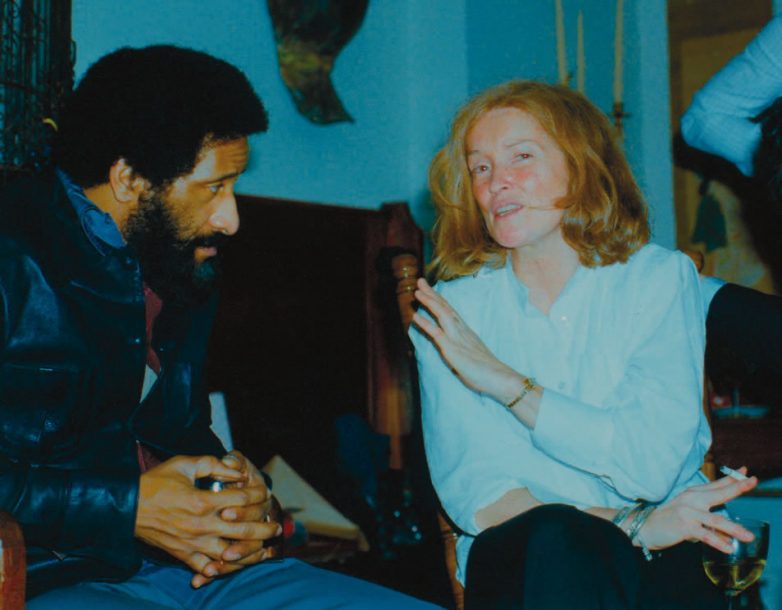 Sonny Rollins and Sue Mingus in the Mingus home 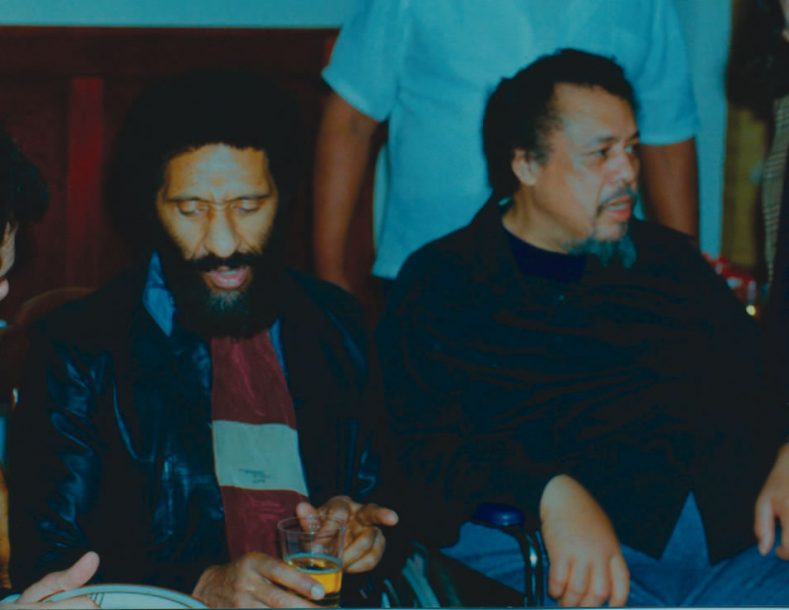 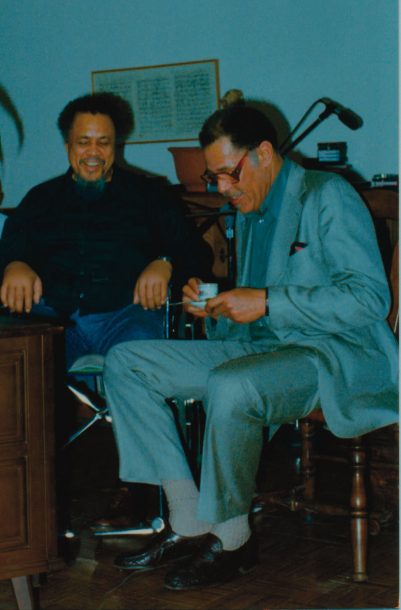 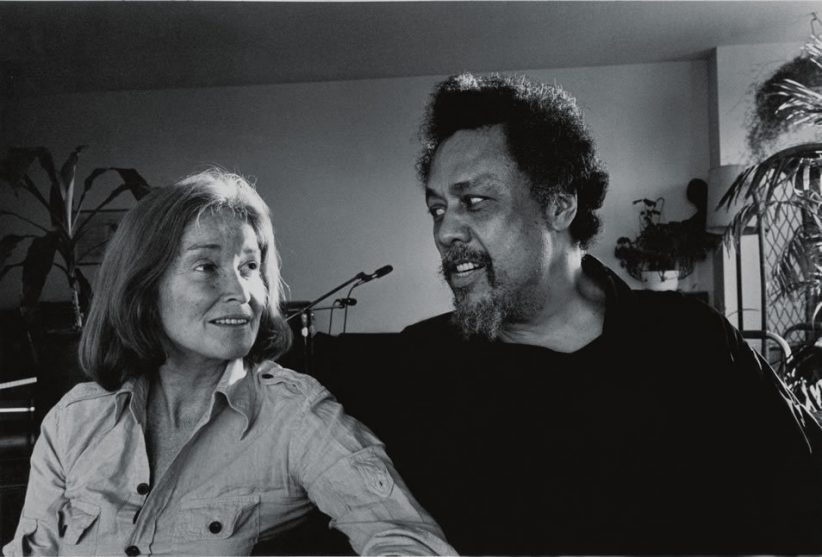 Charles Mingus and his wife Sue at home

Charles Mingus didn’t die in his apartment at 10th Avenue and West 43rd Street in New York City, but he did begin to wither away there in 1978, suffering from the effects of ALS (aka Lou Gehrig’s disease). But because Mingus was a fighter, his widow, Sue Graham Mingus, says he “was active in his wheelchair, as he was in all other occasions. We went out constantly. There was a van that could accommodate wheelchairs, so we would go up to the Cotton Club and down to Bradley’s and events in Central Park. He could no longer perform on his bass, or even compose at the piano, so he used his voice and composed into a tape recorder. Charles found a way up until the last minute to do whatever could be done.”

That included planning a party for his wife’s birthday. “Charles, from his wheelchair, organized this tremendous surprise party for me with 50 or 60 people, and this huge cake, without me knowing,” Sue says. “So I turned around and planned a surprise party for [his 56th birthday] three weeks later. His favorite snack at that time were grapes, so I ordered 70 pounds, and we decorated the apartment with big black grapes, green seedless grapes, all over the living room. It was like a living jungle with grapes hanging everywhere. When he came in he laughed out loud and ate grapes for an hour, telling the nurse different bowls or platters or plants he wanted grapes from next, even though they were all the same,” she says with a sweet, heartfelt laugh.

The black-and-white photo here of Charles and Sue was taken hours before the surprise visitors arrived and as the color photos attest, among the guests were Sonny Rollins (already a frequent visitor) and Dexter Gordon, as well as other musicians, club owners and friends. It was the last time many of them would see Charles alive; within a few months the couple went to Cuernavaca, Mexico, for treatment from a healer. Charles died January 5, 1979, in Mexico, never returning to the U.S. Sue took Charles’ ashes to India and spread them in the Ganges River before returning to the apartment she and her husband had lived in for little more than half a year. It’s been her home ever since. “I’m fond of this place,” Sue says. “It’s a building for performing artists, it overlooks the Hudson River; it’s big and spacious and airy. I didn’t have any desire to move back to where I was [in the East Village] when Charles took ill.

“We moved into this building because it has an elevator-that was the number one requirement because they said he’d be in a wheelchair,” she says. “But I knew about this building because Ricky Ford and Jack Walrath, sidemen in Charles’ band at the time, had both moved in. I remember wondering at the time why they’d want to move way over here to 42nd Street where someone had just beheaded two prostitutes down the block. But they said, “No, there’s an incredible building for performing artists with all sorts of amenities, swimming pools, tennis courts, rehearsal rooms and so forth.’ So I actually came with Dexter Gordon’s wife. We both got apartments: I’m on the 43rd floor; Dexter was on the 41st floor.”

Sue says the area has changed considerably-“It’s a wonderful neighborhood; it’s full of restaurants and theaters now”-but the apartment has remained relatively the same since Charles died except “there’s just a lot more stuff. What was formerly a rather gracious bedroom, where we had a hospital bed for Charles, and we had another bed next to that where I slept. Then we had nice furniture, and things on the wall and plants. It looked like an inviting room. Now it’s completely an office. I have about 40 file cabinets, three desks, a printer, a copy machine and computers.”

The business Sue runs out of the apartment involves the Mingus Big Band, Mingus Orchestra and Mingus Dynasty-all featured on the new CD I Am Three on Sunnyside/Sue Mingus Music. It’s through Charles’ music that Sue still feels his presence. “When I asked Charles if he ever was going to come back after he died-if anyone would figure it out, Charles would-he said, ‘I’m never going to leave.’ Charles’ footprints are still walking the earth with his music; he’s very much alive.”