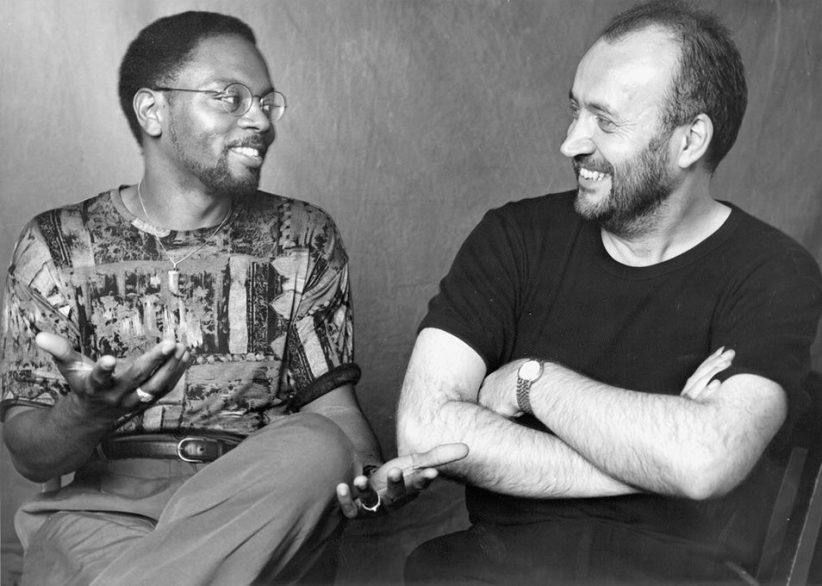 It could have easily been named Kind of Irish. Imagine the cover: A Miles Davis clone—tweed-capped head tilted against a deep green background of rolling hills—getting ready to slurp up a spoonful of pink hearts, blue diamonds and purple horseshoes. T’would have been a riot.

Luckily, guitarist David O’Rourke and drummer Lewis Nash didn’t have to lower themselves to that level when packaging their Celtic Jazz Collective’s Aislinn (Mapleshade). It is, as the band name suggests, an album of jazz fused with traditional Irish music, but it’s no novelty piece. Some of them Irish and some American, the Collective’s nine members make the two disparate musical styles jive in ways O’Rourke had until now only been able to imagine in his head. “One simplistic thing I always wanted to do was have a rhythm section comping like McCoy Tyner with a reel going on top of it,” says O’Rourke, a 41-year-old Dubliner and onetime student of Pat Martino. “They’re the same modes—the same modes that Miles was using in Kind of Blue—and I could hear it in my head, the two grooves working together.”

But the Collective isn’t all shamrocks and bebop. If the album were a black and tan poured from taps of Guinness and Pabst (disgusting, I know), you’d have to leave room for a shot of tequila, as calypsos and other Latin-flavored rhythms pop up between the reels and modal bop from time to time. That’s a result of Nash and percussionist Steve Kroon not feeling limited by the Irish theme. “We decided what particular rhythmic feeling we wanted on a piece, but we were open to it not working and then trying something else,” explains Nash.

The fact that this happy-go-lucky fusion does work could be attributed to all those years these players spent practicing and playing out, but it’s more fun (and, admittedly, irresponsible of me) to chalk it all up to a bit o’ that Irish luck.