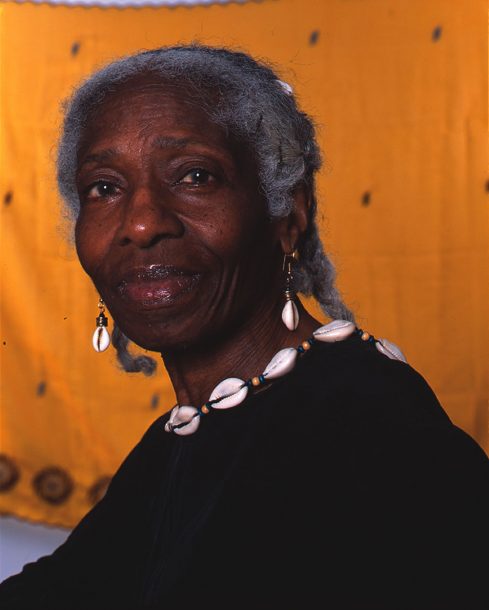 Vibraphonist/Composer Cecilia Smith with her inspiration

It could be said that vibraphonist Cecilia Smith’s musical projects frequently have a subtext of celebrating women throughout history. In addition to several CDs of her own music, she created the Mary Lou Williams Resurgence Project seven years ago to present the late pianist’s sacred and secular compositions. Then last year, her album Dark Triumph told the story through music and narration of septuagenarian Victoria Lancaster Smith, the first African-American nurse at a Toledo hospital who, after her husband’s death, worked with the Peace Corps and Red Cross, eventually traveling to refugee camps in Africa. It was released as a two-disc set, one of music, the other with the elder Smith telling the story over the compositions.

The music utilizes classical motifs, jazz improvisation and the angelic sounds of the Boys Choir of Harlem to capture the diverse life of Miss Victoria, the vibraphonist’s aunt. A recurring musical theme comes from a melody that the woman sung to herself as a child. The story also deals with an issue not normally discussed in the public forum: the treatment of dark-skinned African-Americans versus those with lighter skin. The topic has received both concern and praise from listeners. Smith sees the whole project following the tradition in which deeper issues have shaped jazz. “If you think about jazz music and how it’s supposed to work, it supposed to align with what’s going on socially with history in general, at least that’s what I understood it to be,” she says.

Because of the deep musical and social issues addressed on Dark Triumph, the album has received a lot of attention, much of it from beyond jazz circles. It was presented in social science classes at the Borough of Manhattan Community College, and other colleges are interested in using it for similar settings. This led Smith to collaborate with Dr. Tammy Kernodle, a musicologist at Miami University in Ohio, to create a study guide.

In addition to discussing the album’s historical message, Smith has seen it make fans out of people who have never been exposed to jazz, and she hopes to continue on that quest. “I’m interested in the social science and history aspect of it because that’s where I think you’re going to pull more listeners, in terms of jazz,” she says. “So if I can add my little two cents to the plate and pull some more listeners in…to me, that’s a beautiful thing.”

As for the project itself, it has changed her life. “I didn’t know where it was going, and it was extremely time-consuming,” Smith says. “What it has really made me do is look at what I do and honor the opportunity I’ve gotten as a musician.”