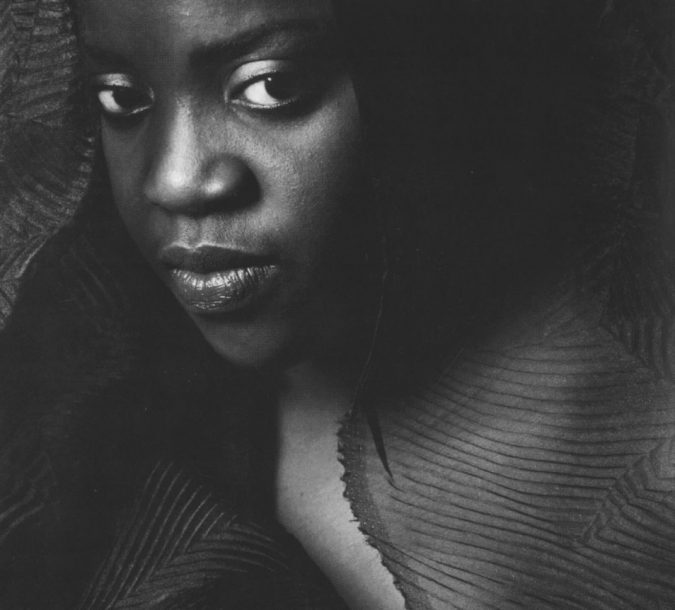 My Poppa done tol’ me when I was in knee pants, “Don’t worry about who might be better than you are-the toughest act to follow is yourself.” No doubt Carla Cook had the same old schooling from her peeps back in Detroit. Cook’s first step was giant: a 1999 Grammy nomination for best jazz vocal performance for her album It’s All About Love. It was her debut. It was released on indie label MaxJazz. The other nominees were major-league veterans. What are the odds on that happening? Toughest act….

No wonder NARAS members, critics, radio stations and the folk who actually buy music all flipped over It’s All About Love: At last, a modern jazz singer who truly re-covers the standard waterfronts (Count Basie to Rodgers and Hart to Milton Nascimento) with fresh coats of paint. A real presence. A mad-loose, straightahead jazz diva with a gospel soul, big band heart, classical yin (cool) and improvisational yang (hot). And what a beautiful voice-warm, amber-hued contralto.

Two years, mucho club/concert/festival dates (from Manhattan to Dakar) later, Carla Cook still ain’t sweatin’ the technique. Later for safe, later for givin’ the people what they want. This ain’t It’s All About Love Vol. II; Baby Girl done moved on to something completely different with Dem Bones. As in trombone. “I like trombones,” laughs Cook. “I worked in a couple of big bands and always liked the ‘bone section. Over the last five years I’ve had the opportunity to work closely with Tyrone Jefferson, Craig Harris and Fred Wesley. The trombone is like a voice. It bends and can do a lot of things; it just lends itself to be vocal. I discovered that I could copy the phrasing and because it bends, there was no break and I could kinda, sorta copy the tone.”

“Well, I knew that I wanted to try a couple of things with me acting as a ‘bone, so to speak,” muses the artist. “Then other things I wanted to feature a solo trombone and then other things with no trombone. I’ve never done that, but I knew it would work. First, I’m part of the ensemble; another one of the instruments. In other words, I am just like the other instrumentalists who are all listening to one another and trying to be complementary. And what they’re doing, I’m doing the same thing. Plus, the other thing is, when there are lyrics, I need to try to step up and interpret them very clearly and as melodically and rhythmically as I can.”

Clearly one of the year’s most inventive jazz albums, Dem Bones is also just plain fun to listen to. For Carla Cook, it’s another giant step forward. “I find it very freeing. It’s one of the best ways that I know to express myself either through my own music or through the great writings of others. Sometimes I very clearly hear exactly what I’d like for the rhythm section to do. I hear very clearly whether I want it to swing or I want it to groove, so I put all those things together. I particularly like jazz because of the potential to improvise and I find that very freeing and just a great deal of fun. It’s wonderful to have the discipline, but I still need to feel the joy of it.”